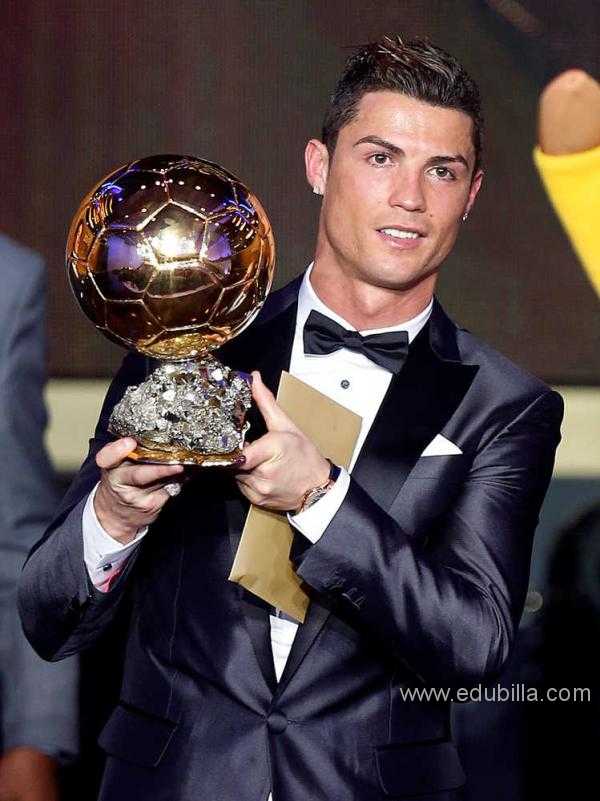 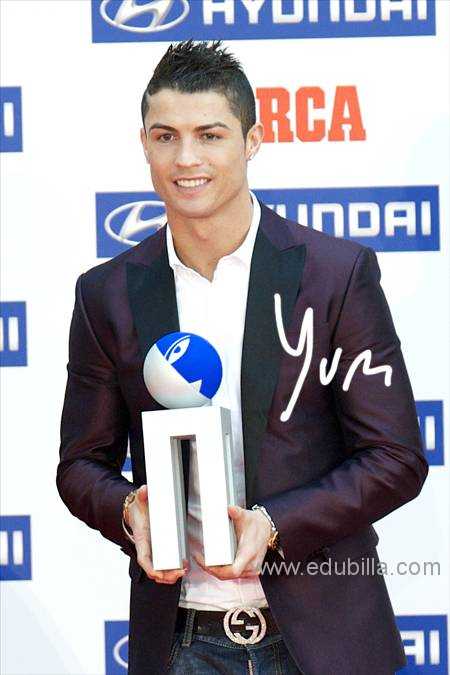 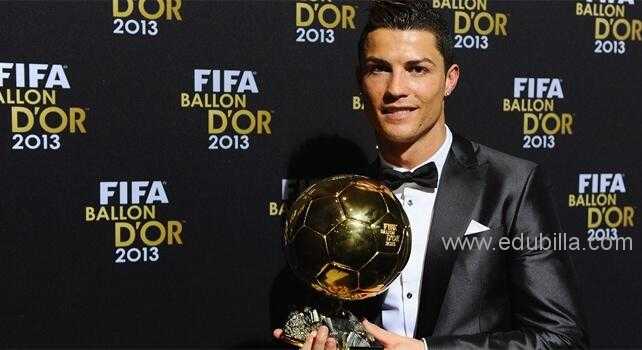 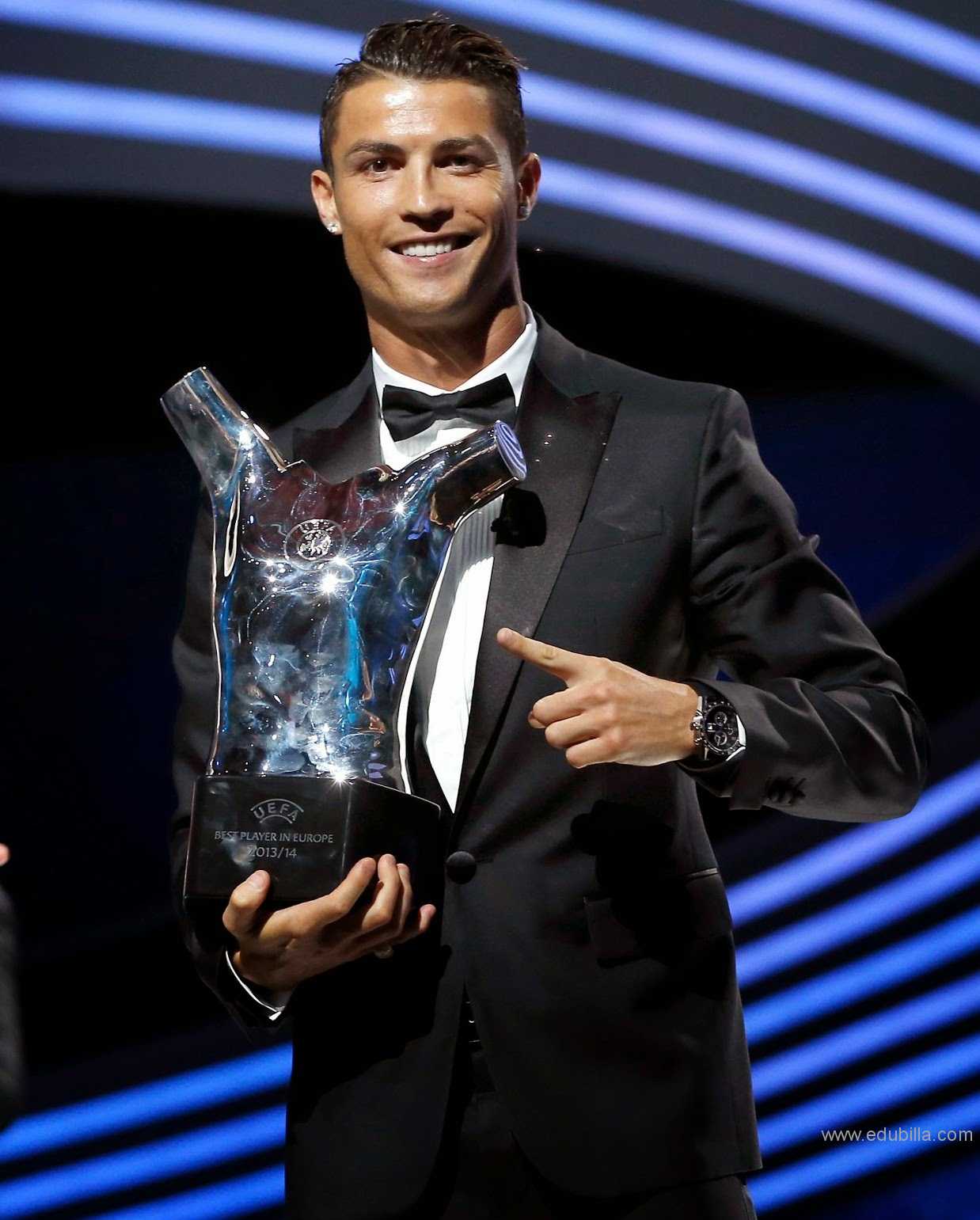 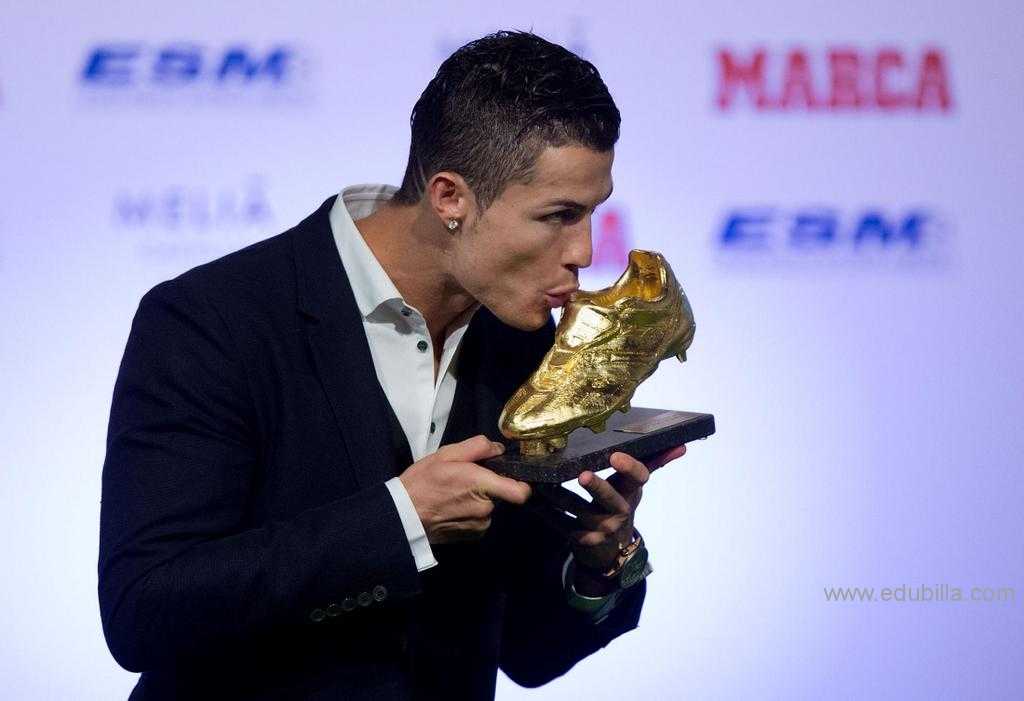 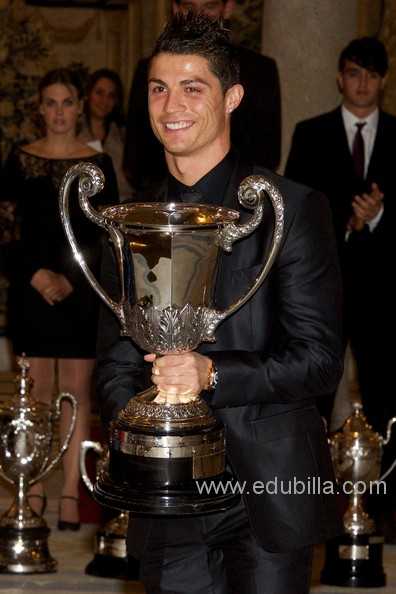 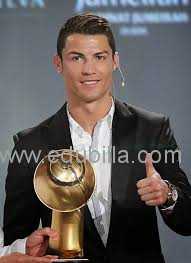 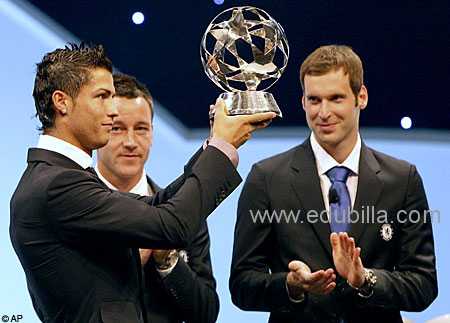 Ronaldo is regarded by some in the sport to be currently the best player in the world and one of the greatest of all time. He is the first Portuguese footballer to win two FIFA/Ballons d'Or,and the second player to win three European Golden Shoe awards. With Manchester United and Real Madrid, Ronaldo has won three Premier Leagues, one La Liga, one FA Cup, two Football League Cups, two Copas del Rey, one FA Community Shield, one Supercopas de España, two UEFA Champions Leagues, one UEFA Super Cup and two FIFA Club World Cups.

Ronaldo began his career as a youth player for Andorinha, where he played for two years, before moving to C.D. Nacional. In 1997, he made a move to Portuguese giants Sporting CP. In 2003 he caught the attention of Manchester United manager Alex Ferguson, who signed him for £12.2 million (€15 million). In 2004, he won his first trophy, the FA Cup. In 2007, Ronaldo was the first player in England to win all four main PFA and FWA awards. In 2008, he won 3 of the 4 main PFA and FWA trophies and was named the FIFA World Player of the Year, FIFPro Player of the Year, World Soccer Player of the Year, and the Onze d'Or.In 2007 and 2008, Ronaldo was named FWA Footballer of the Year. He was the inaugural winner of the FIFA Puskás Award for Goal of the Year in 2009. He became the world's most expensive player when he moved from Manchester United to Real Madrid in 2009 in a transfer worth £80 million (€94 million/$132 million). His buyout clause is valued at €1 billion.In a 2014 UEFA poll, he was named the greatest goalscorer to play in the UEFA Champions League.Ronaldo holds the record for most goals scored in a single UEFA Champions League season, having scored 17 goals in the 2013–14 season. In May 2012, he become the first footballer to score against every team in a single season in La Liga. In December 2014, Ronaldo became the fastest player to score 200 goals in La Liga when, in his 178th La Liga game, he scored a hat-trick against Celta Vigo; his 23rd hat-trick was also a La Liga record.

FIFA World Player of the Year-2009

UEFA Club Footballer of the Year-2007

World Soccer Player of the Year-2008

Milliyet Sports Award for World Athlete of the Year-2014