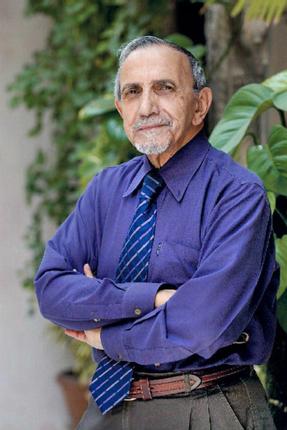 Ebrahim Alkazi is one of the most influential Indian theatre directors and drama teachers in 20th-century Indian theatre. He was born on 18 October 1925 in Pune, Maharashtra. His school days were spent at St. Vincent's High School in Pune. His college life was at St. Xavier's College, Mumbai. He has also studied at Royal Academy of Dramatic Art (RADA) in London. Alkazi directed more than 50 plays, including works by celebrated Indian playwrights such as Mahesh Elkunchwar and Girish Karnad and several adaptations of Shakespeare. Among Alkazi's critically acclaimed directorial ventures are Dharamvir Bharati's Andha yug (published 1953; The Blind Age), Samuel Beckett's Waiting for Godot (1952), Mohan Rakesh's Ashadh ka ek din (1958; One Day in Ashadha), and Karnad's Tughlaq (1964), the last of which is generally considered to be Alkazi's finest.

For his contribution to Indian arts, Alkazi received several awards, including the Sangeet Natak Akademi Award for Direction (1962) and three Padma awards: the Padma Shri (1966), for distinguished service; the Padma Bhushan (1991), for distinguished service of high order; and the Padma Vibhushan (2010), for exceptional and distinguished service. After 1977 he was less engaged in the theatre. He became a tireless promoter and patron of related aesthetic endeavours, especially in visual arts. As director of the Art Heritage Gallery in New Delhi, Alkazi was among the first promoters of modern artists such as Maqbool Fida Husain. The Alkazi Collection of Photography at Sepia International gallery in New York City is one of the world's largest private collections of historical photographs. Its emphasis is on 19th- and early 20th-century images of India, Myanmar (Burma), and Sri Lanka.