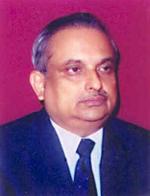 Palle Rama Rao  is an Indian scientist noted for his contribution to the field of Physical and Mechanical Metallurgy. He has collaborated and conducted research activities for over dozen universities and associations all over India and abroad. He has been honoured with the titles of Padma Vibhushan in 2011 by president of India for his contributions to scientific community. He is acting as the chairman, Governing Council, International Advanced Research Centre for Powder Metallurgy & New Materials (ARCI), Hyderabad. He was born on June 30, 1937 in Kurnool. Palle Rama Rao did his MA (Physics) from Madras University, MSc (Nuclear Physics) from Andhra University; and PhD (Metallurgy) from Banaras Hindu University (BHU). During 1966-67, he was postdoctoral research associate in the University of Pennsylvania. He joined the Faculty, Department of Metallurgy, Indian Institute of Science (IISc), Bangalore in 1960. Rama Rao began his research career with X-ray diffuse scattering studies of structural imperfections. He then turned to high temperature mechanical behaviour of metallic materials (tensile, creep, fatigue and fracture characteristics) some of which were undertaken for the first time in the country. He became involved in research-based alloy development during his tenure at the Hyderabad defence laboratory. Notable among these efforts is the development of an ultrahigh strength high fracture toughness low alloy steel. His current research interest is in understanding the effects of solutes on mechanical properties of magnesium and its hot workability. He has to his credit nearly 160 journal papers, 30 edited volumes and over 50 publications in conference proceedings.