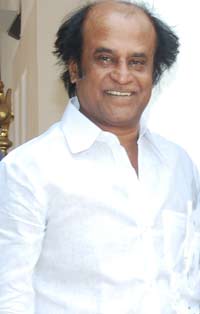 Rajinikanth is an Indian film actor, media personality, and cultural icon who works primarily in the Tamil film industry. He has also acted in Bollywood, Telugu, Kannada, Malayalam, Hollywood and Bengali films as well. He was born on 12 December 1950 in Bangalore, Mysore State, India. He began acting in plays while working in the Bangalore Transport Service as a bus conductor. In 1973, he joined the Madras Film Institute to pursue a diploma in acting. During his stay at the institute, he was performing in a stage play and got noticed by Tamil film director K. Balachander. He made his debut with Balachander's 1975 Tamil film Apoorva Raagangal. The film was critically acclaimed upon release and won three National Film Awards, including the award for Best Regional Film at the 23rd National Film Awards, and the Best Tamil Film at the Filmfare Awards. In the 80s and 90s, he continued to appear in a many box-office hits like Padikkathaavaan, Mr. Bharath, Velaikaran, Dharmathin Thalaivan, Thalapathy, Mannan, Annamalai, Veera and Badsha. Baba (2002) was a major setback and incurred heavy loss. However, he turned the tide again with his performance in Chadramukhi and then Sivaji, both becoming major blockbusters. Then, came the sci-fi blockbuster Endhiran (2010), India’s costliest film, which also became the highest grossing film of its time. Rajnikanth who is known not to charge fees for working in his films, was paid a remuneration of a whooping Rs. 45 crores for the film.

Rajinikanth has won six Tamil Nadu State Film Awards, four Best Actor Awards and two Special Awards for Best Actor, and a Filmfare Best Tamil Actor Award. In addition to acting, he has also worked as a producer and screenwriter. Apart from his film career, he is also a philanthropist, spiritualist, and serves as an influence in Dravidian politics. The Government of India has honoured him with the Padma Bhushan (2000) and the Padma Vibhushan (2016). At the 45th International Film Festival of India (2014), he was conferred with the "Centenary Award for Indian Film Personality of the Year".