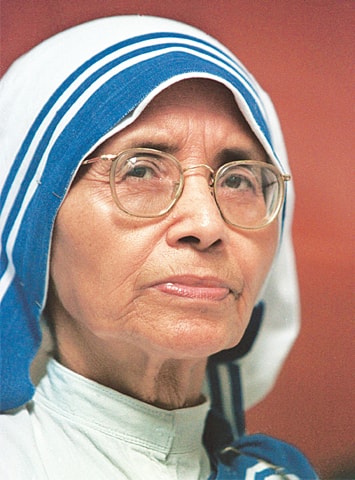 Nirmala Joshi better known as Sister Nirmala, was a Catholic Religious Sister who succeeded Nobel laureate Mother Teresa as the head of her Missionaries of Charity and expanded the movement overseas. After taking over the charity following Mother Teresa's death in 1997, Nirmala expanded the organisation's reach to 134 countries by opening centres in nations such as Afghanistan, Israel and Thailand. She was born on 23 July 1934 in Syanja, Nepal. she was educated by Christian missionaries in Mount Carmel, Hazaribag. At that time, she learned of Mother Teresa's work and wanted to share in that service. She soon converted to Catholicism and joined the Missionaries of Charity, founded by Mother Teresa. Joshi completed a Master's degree in Political Science and then went on to secure a doctorate degree in law from the University of Calcutta. She was one of the first Sisters of the institute to head a foreign mission when she went to Panama. In 1976, Joshi started the contemplative branch of the Missionaries of Charity and remained at its head until 1997, when she was elected to succeed Mother Teresa as Superior General of the institute. The government of India bestowed the Padma Vibhushan, the second highest civilian award, on Sister Joshi on Republic Day (26 January) 2009 for her services to the nation. Her term as Superior General ended on 25 March 2009, and she was succeeded by German born Sister Mary Prema Pierick. Joshi died on 23 June 2015 in Kolkata from a heart ailment. Many leaders of India expressed their condolences in media, including Prime Minister Narendra Modi and West Bengal Chief Minister Mamata Banerjee.