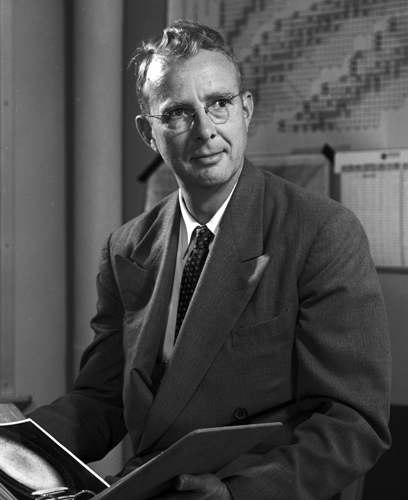 Luis Walter Alvarez was an American experimental physicist, inventor, and professor who was awarded the Nobel Prize in Physicsin 1968. The American Journal of Physics commented, "Luis Alvarez was one of the most brilliant and productive experimental physicists of the twentieth century. Luis Walter Alvarez was born on June 13, 1911, in San Francisco, California. He was the second child and oldest son of Walter C. Alvarez, a physician, and his wife Harriet nee SmythLuis Alvarez worked on microwave radar research at MIT and participated in the development of the atomic bomb at Los Alamos, suggesting the detonation technique.

At 18 years old Luis studied chemistry and math at the University of Chicago. He invented the Bubble chamber He received the National Medal Of Science in 1963. He died on September 1, 1988