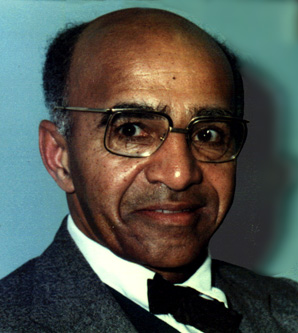 David Harold Blackwell was Professor Emeritus of Statistics at the University of California, Berkeley, and is one of the eponyms of the Rao–Blackwell theorem. David Blackwell, a statistician and mathematician who wrote groundbreaking papers on probability and game theory and was the first black scholar to be admitted to the National Academy of Sciences. Blackwell was born on April 24, 1919, to a working-class family in Centralia, Illinois. Growing up in an integrated community, Blackwell attended “mixed” schools, where he distinguished himself in mathematics.

During elementary school, his teachers promoted him beyond his grade level on two occasions. He discovered his passion for math in a high school geometry course. In 1938 he earned his bachelor's degree in mathematics, a master's degree in 1939, and was awarded a Ph.D. in mathematics in 1941 at the age of 22, all by the University of Illinois. In 2014, he received the National Medal Of Science.