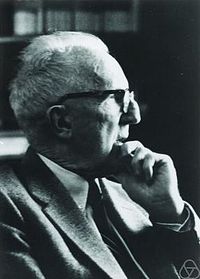 Harold Calvin Marston Morse was an American mathematician best known for his work on the calculus of variations in the large, a subject where he introduced the technique of differential topology now known as Morse theory. In 1933 he was awarded the Bocher Memorial Prize for his work in mathematical analysis. Harold Calvin Marston Morse was born on March 24, 1892, in Waterville, Maine. He received his bachelor's degree from Colby College in 1914. At Harvard University, he received both his master's degree in 1915 and his Ph.D. in 1917. In 1964 he received the National Medal of Science. He died on June 22, 1977 in Princeton, New Jersey, United States.