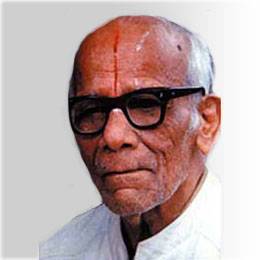 Maasti Venkatesha Iyengar was the fourth writer from Kannada literature to receive the prestigious Jnanpith Award, the highest award for Indian literature awarded by Indian government. He won the Award in the year 1983 for his novel Chikkavira Rajendra. He was popularly referred to as Maasti Kannadada Aasti which means Maasti is Kannada's Treasure. His pen name is Srinivasa. He was a popular short story writer of Kannada. He was honored with the title Rajasevasakta by Maharaja of Mysore Nalvadi Krishnaraja Wadeyar. His works were based on philosophic, aesthetic and social themes. Bhaava is his autobiography work.

Maasti Venkatesha Iyengar was born on June 6, 1891 in Hongenahalli in Karnataka. His childhood days of poverty were spent in his village Maasti. He moved from one place to another and finally he obtained a master's degree in English literature in Arts in the year 1914 from Madras University. He joined Indian Civil Service, then known as Mysore Civil Service during Kings’ reign. He held various positions of responsibility in different parts of Karnataka and retired in 1943 holding District Commissioner post.

His first noted work was Kelavu Sanna Kategalu – collection of short stories. He has written and translated several plays as well. His epic, Shri Rama Pattabisheka was based on Coronation of Shri Ram. His historic novels, Chikkaveera Rajendra is about about the last king of Kodagu while Channabasava Nayaka is about the last king among Nayakas of Shimoga District. Another noted work is Subbana. His Anthologies (story collection) include - Kelavu Sanna Kathegalu, Dombara Chenni, Kaagegalu and Rangana Maduve. His plays are Kalidasa, Yashodhara and Kakanakote.