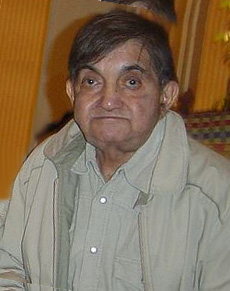 Nirmal Verma was a Hindi writer, novelist, activist and translator, often credited as pioneer of ‘Nayi Kahani’ literary movement of Hindi literature. Nirmal Verma was born on 3 April 1929 in Shimla. His brother Ram Kumar is also a well known artist. He published his first short story during 1950’s in Student’s magazine. He did M.A. in History from St. Stephen’s College, Delhi University. It was during that time when he seriously started writing and published in magazines as well. In 1947-48, he regularly attended Mahatma Gandhiji's morning prayer meetings in Delhi though he belonged to Communist party. The activism was well reflected in many of his works later.