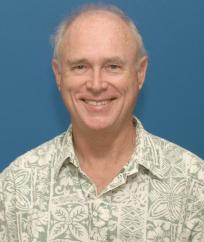 Richard Brent Tully (born March 9, 1943 in Toronto, Canada) is an astronomer at the Institute for Astronomy in Honolulu, Hawaii.Tully's specialty is astrophysics of galaxies. He, along with J. Richard Fisher, proposed the now-famous Tully-Fisher relation in a paper, A New Method of Determining Distances to Galaxies, published in Astronomy and Astrophysics, Vol. 54, No. 3, in February, 1977. He also published the book The Nearby Galaxies Catalog in 1988 with 3D locations for the closest 68,000 galaxies to Earth.

This data form a cube of galaxies within an area of 700 million light years centered on Earth. A visual navigable representation of this index can be found in the planetarium computer software Starry Night Pro, where the data is called the Tully Database. Within this database is what R. Brent Tully calls the Pisces-Cetus Supercluster Complex.He received Gruber Prize in Cosmology in 2014.