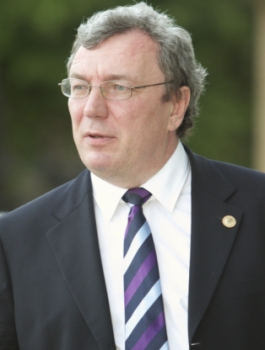 Viatcheslav Mukhanov (born October 2, 1956) is a theoretical physicist and cosmologist. He is best known for the theory of Quantum Origin of the Universe Structure. Working in 1980-1981 with Gennady Chibisov in the Lebedev Physical Institute in Moscow he predicted the spectrum of inhomogeneities in the Universe, which are originated from the initial quantum fluctuations.

The numerous experiments in which there were measured the temperature fluctuations of the Cosmic Microwave Background Radiation are in excellent agreement with this theoretical prediction, thus confirming that the galaxies and their clusters originated from the initial quantum fluctuations. Later on V. Mukhanov proved that the results, he obtained with G. Chibisov in 1981, are of the generic origin and he has developed the general consistent quantum cosmological perturbation theory.He received Gruber Prize in Cosmology in 2014.