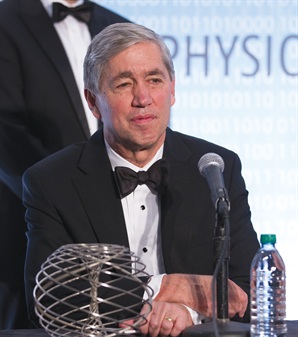 Richard P. Lifton (born 1953) is an American biochemist, and the Sterling Professor of Genetics and Internal Medicine, at the Yale University School of Medicine. He is also the director of the Yale Center for Human Genetics and Genomics. He earned his B.A. in biological sciences from Dartmouth College and in 1986 he got his M.D. and Ph.D. in biochemistry from Stanford University. He trained at Brigham and Women's Hospital before starting his lab at Yale in 1993.He has been awarded the Wiley Prize in Biomedical Sciences for his discovery of genes that are associated with the regulation of blood pressure

He has been a Howard Hughes Medical Institute (HHMI) investigator since 1994. He was inducted into the National Academy of Science, Institute of Medicine, and is a Fellow of the American Association for the Advancement of Science.He receive the Breakthrough Prize in Life Sciences in 2014 for his discovery of genes and biochemical mechanisms that cause hypertension.