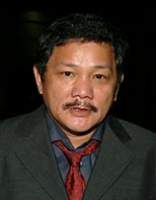 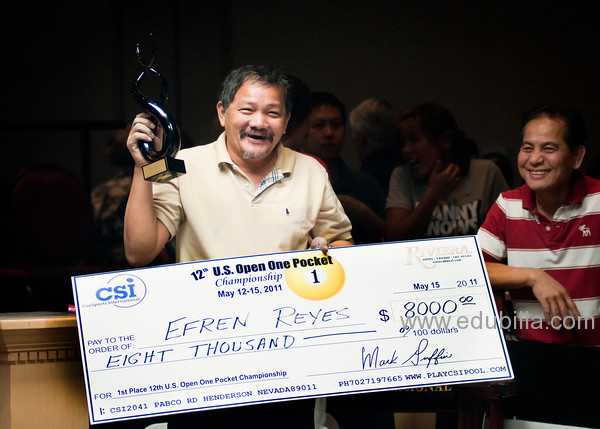 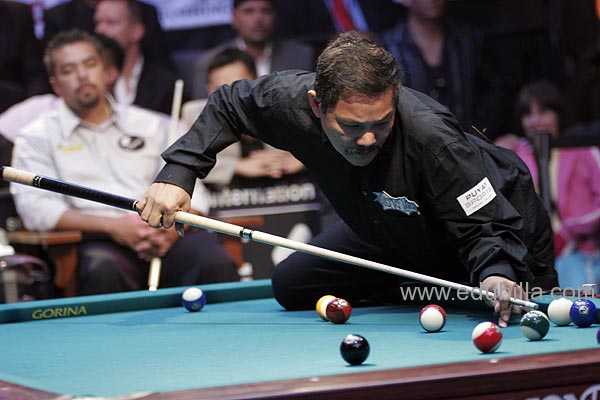 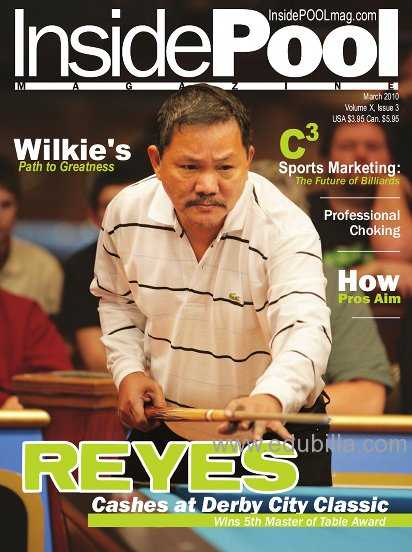 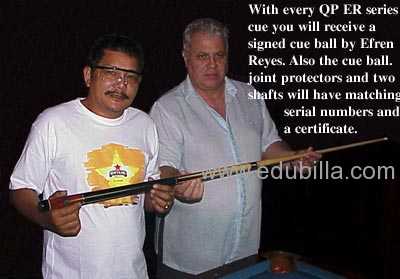 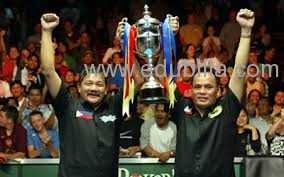 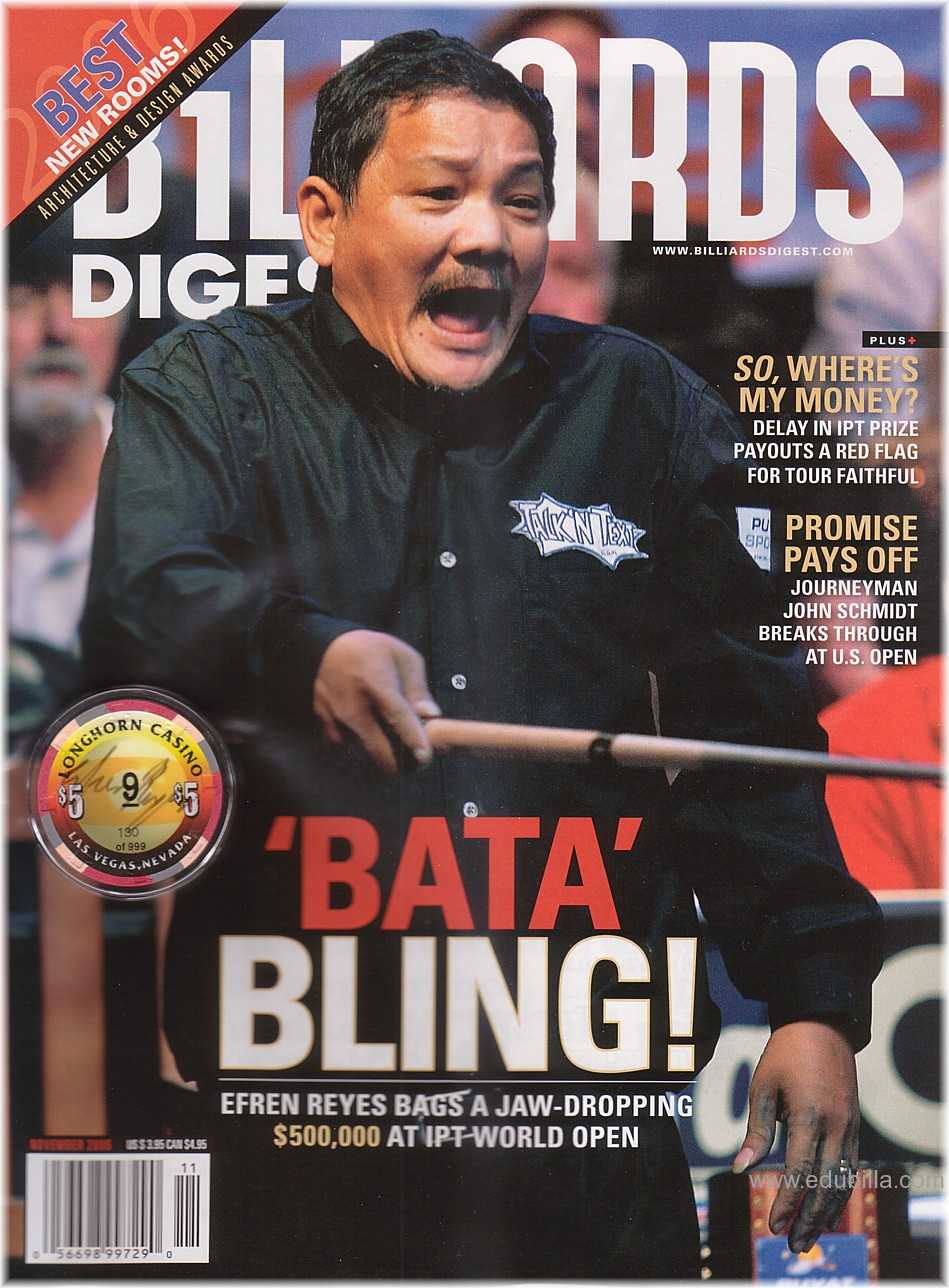 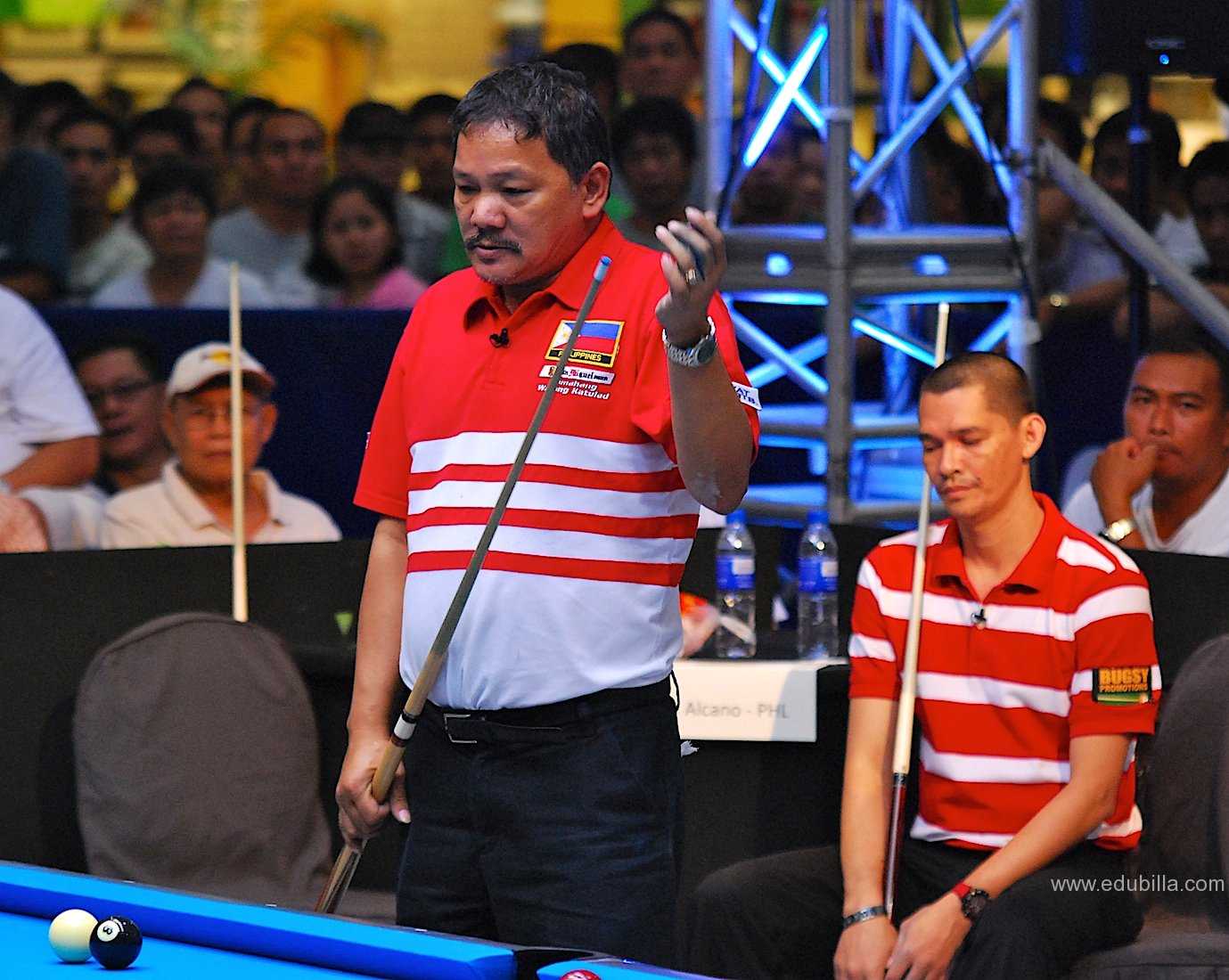 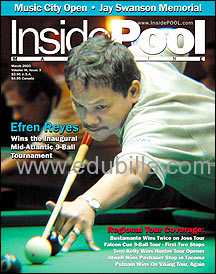 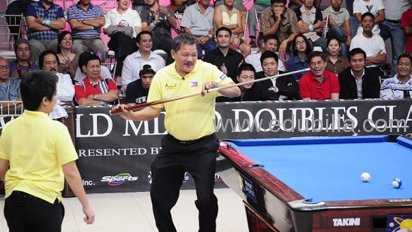 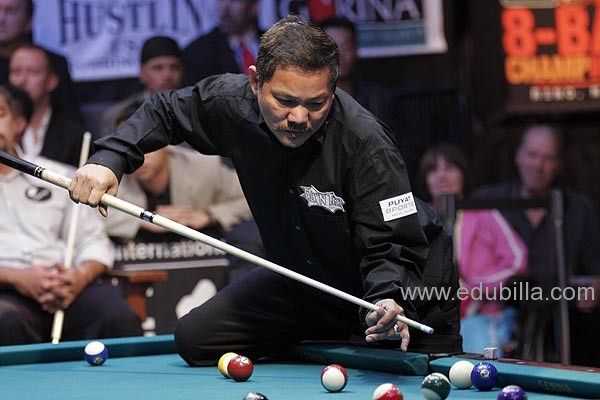 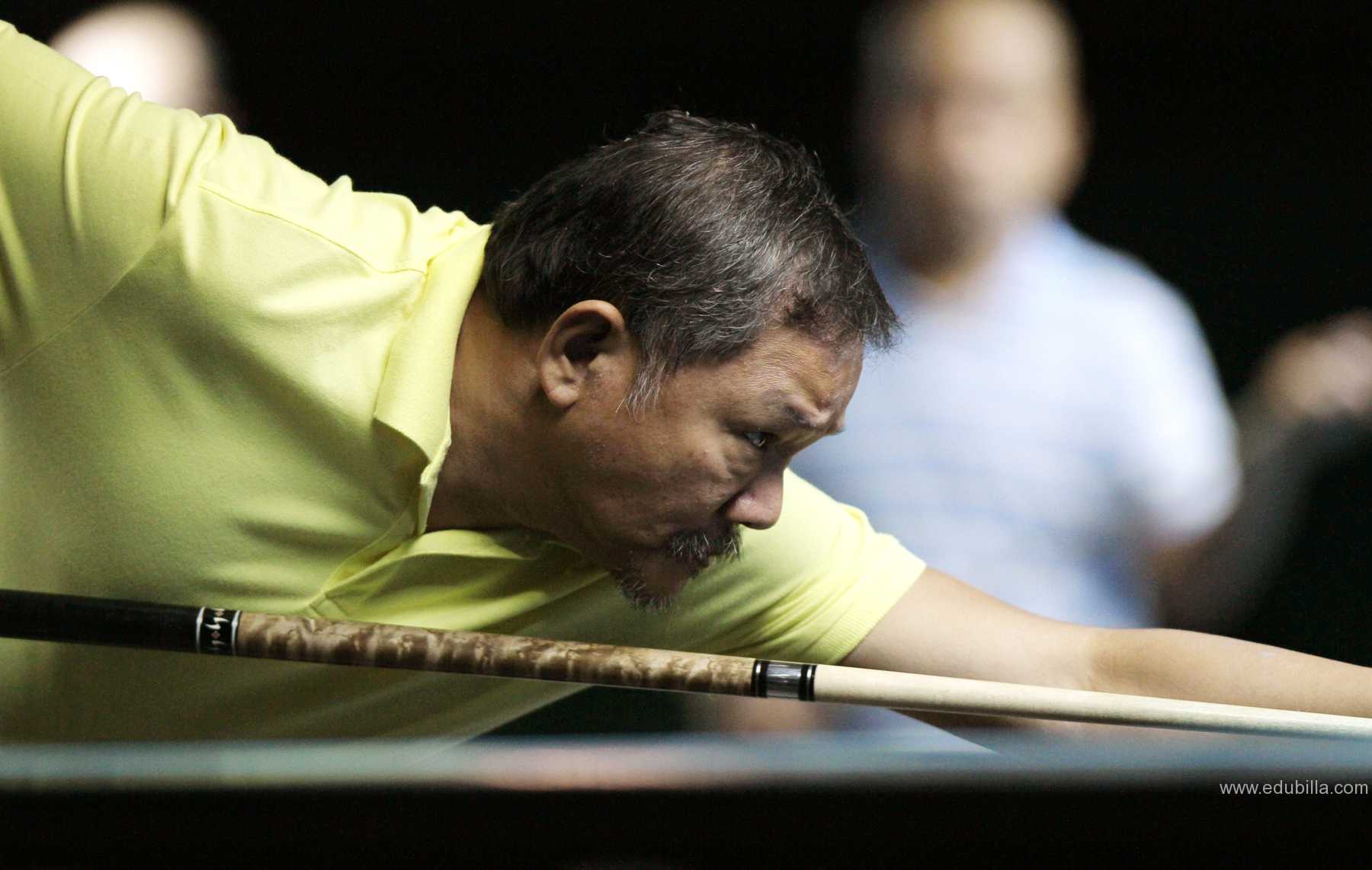 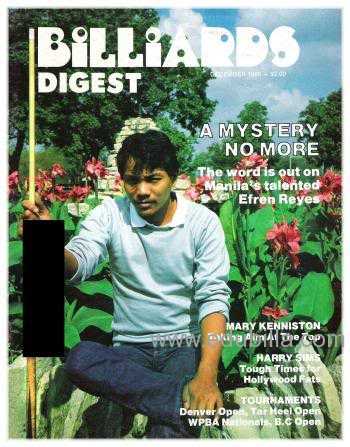 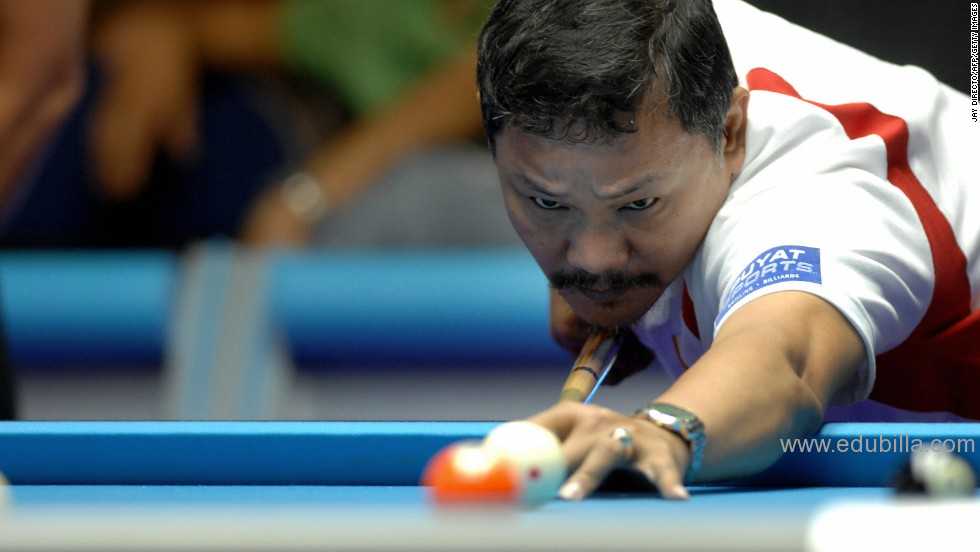 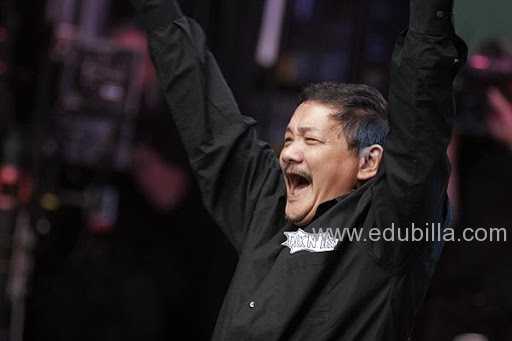 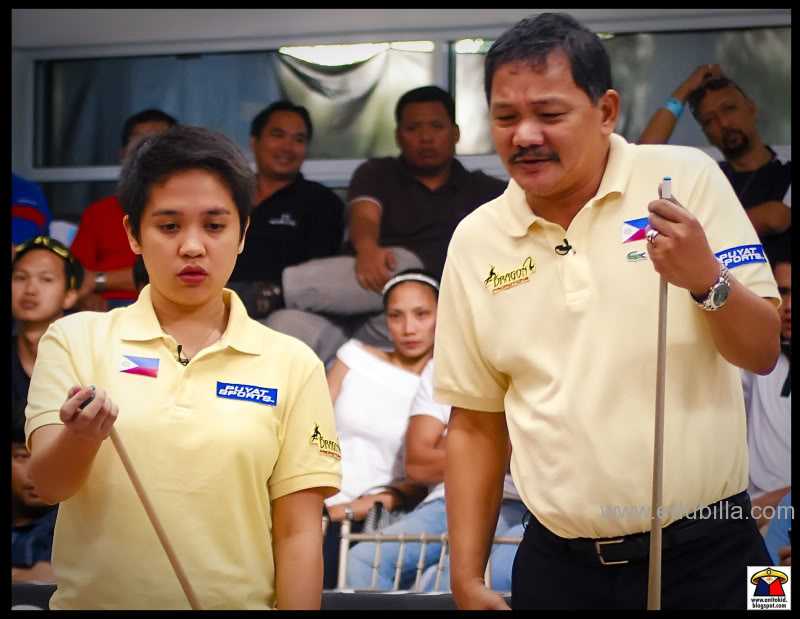 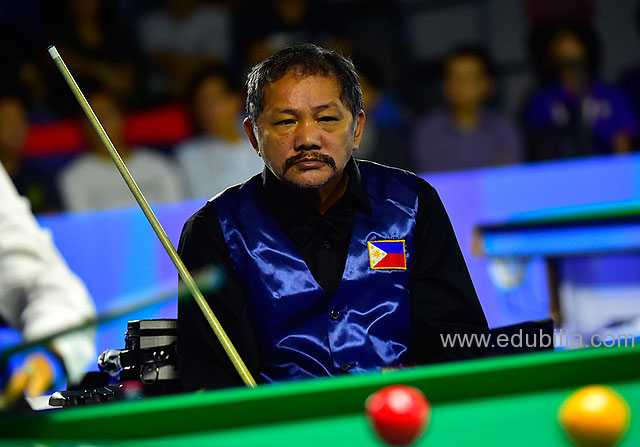 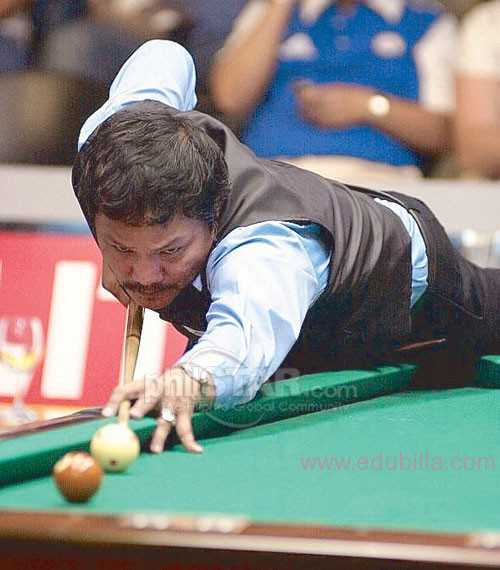 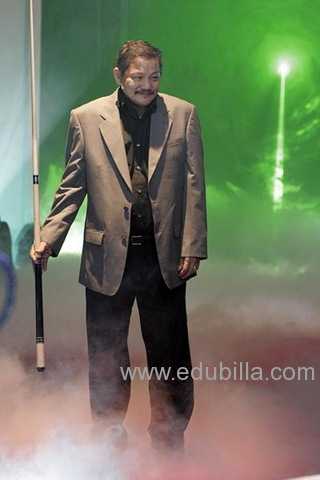 Efren Manalang Reyes, OLD, PLH (born August 26, 1954) popularly known as 'The Magician' is a Filipino professional pool player. A winner of over 70 international titles, Reyes is the first man in history to win World Championships in two different disciplines. Besides his World titles he is also a 14-time Derby City Classic champion, a two-time World Cup champion, and a two-time World Pool League champion. By defeating Earl Strickland in the inaugural Color of Money event in 1996, Reyes took home the largest single event purse in pool history.Many analysts, fans, and current and former players consider Reyes to be the greatest pool player of all time.

Numerous fellow professional players have credited Reyes with being the greatest living player in the world.During ESPN television commentary on a semi-finals match between Reyes and Mika Immonen at the 2000 Billiard Congress of America Open 9-Ball Championship, veteran professional Billy Incardona stated that Reyes was "indisputably the best player in the world—especially when you consider all games—he can play any game as well as anyone, maybe better than anyone.... In my opinion we're watching probably the greatest player in my lifetime and I've been watching pool for the better part of forty years.

In 2003, Reyes was featured in the Filipino movie Pakners with the late actor Fernando Poe, Jr., which his last film before he run for President in 2004, and later his death in later part of 2004. Reyes also appeared in the 2007 short film Nineball.

In one episode of the TV series Magpakailanman, the story follows a young Efren Reyes (portrayed by actor Anjo Yllana) in his early pool-playing days as he progresses from a money player to a tournament contender.

2011 US Open One Pocket Championship

2002 Cafe Puro Challenge of the Masters

2001 The Color of Money II (vs Earl Strickland)

1996 The Color of Money (vs Earl Strickland)