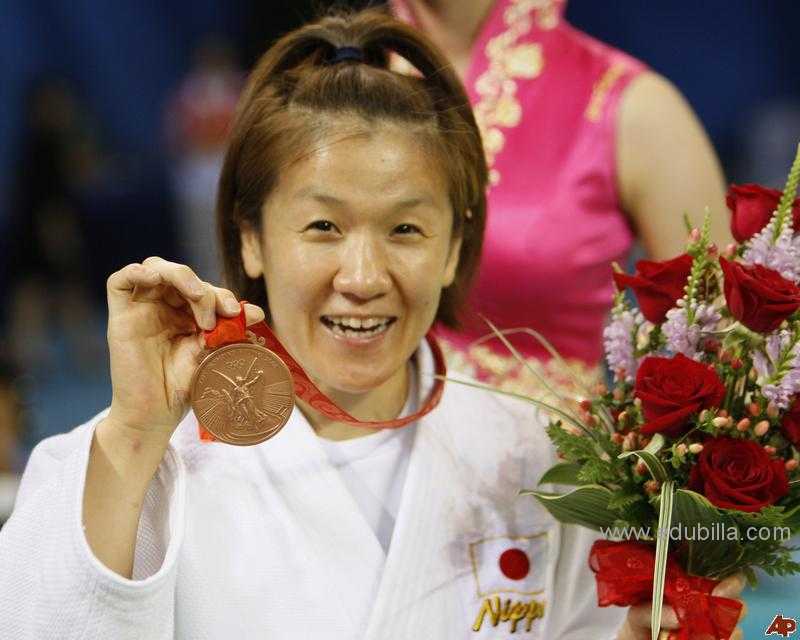 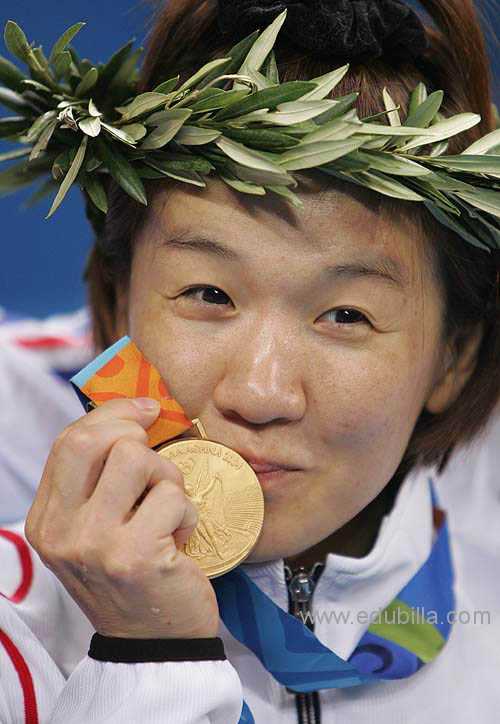 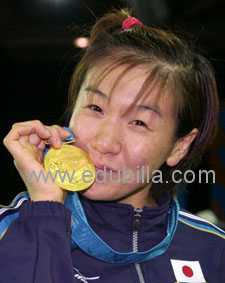 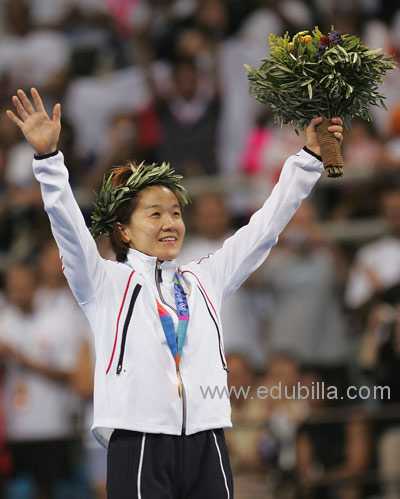 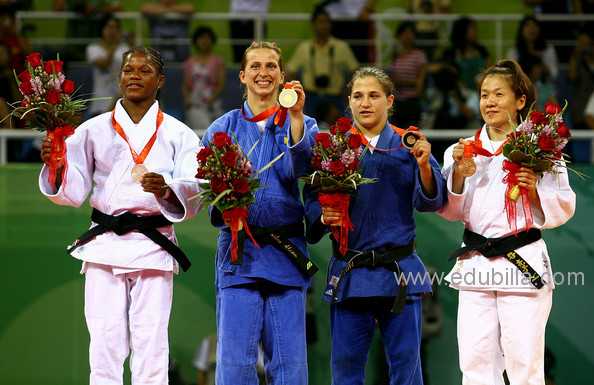 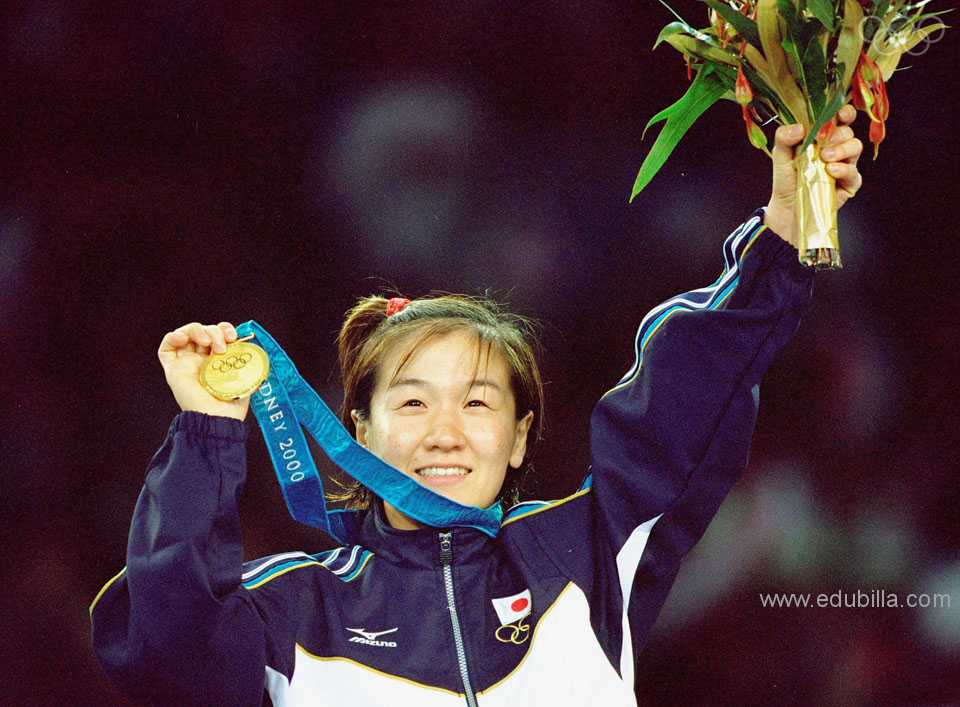 She used to work for Toyota Motor Corporation.

She is commonly known as 'Yawara-chan'or 'Tawara' (from the title character of Yawara!, a popular judo manga). Since she won the International Women's Judo Championships in 1990, 'Yawara-chan' has gone on to win the event every year.She has a record seven world titles and she brought home the 48 kg-category gold medal from Sydney Olympics in 2000 and the Athens Olympics in 2004.

Her 84-match winning streak was finally broken in 1996 by North Korea's Kye Sun Hui. She holds a fourth dan.

In Beijing in 2008 Tani, who had not been beaten in a major international competition since the Atlanta Games in 1996, saw her hopes of a third-straight gold evaporate when judges awarded penalty points to Romania's Alina Dumitru after both competitors failed to show much aggression.

On May 10, 2010 the Democratic Party announced that Tani would represent the party as a proportional candidate in the Summer 2010 House of Councillors election. Tani stated that she still intended to pursue her judo career, but would like to help "build a nation everyone desires" as a member of the Upper House.Tani won the seat in question.

In July 2012, she left the Democratic Party and joined the People's Life First.

The Sydney 2000 Summer Olympic Games or the Millennium Olympic Games/Games of the New Millennium, officially known as the Games of the XXVII Olympiad, were an international multi-sport event which was celebrated between 15 September and 1 October 2000 in Sydney, New South Wales, Australia. It was the second time that the Summer Olympics were held in the Southern Hemisphere, the first one being in Melbourne, Victoria, in 1956.

The 2004 Summer Olympic Games, officially known as the Games of the XXVIII Olympiad, was a premier international multi-sport event held in Athens, Greece, from 13 to 29 August 2004 with the motto Welcome Home. 10,625 athletes competed,some 600 more than expected, accompanied by 5,501 team officials from 201 countries.There were 301 medal events in 28 different sports.Athens 2004 marked the first time since the 1996 Summer Olympics that all countries with a National Olympic Committee were in attendance.

The 1992 Summer Olympic Games, officially known as the Games of the XXV Olympiad, were an international multi-sport event celebrated in Barcelona, Spain in 1992. The International Olympic Committee voted in 1986 to separate the Summer and Winter Games, which had been held in the same year since 1924, and place them in alternating even-numbered years, beginning in 1994. The 1992 Summer Games were the last to be staged in the same year as the Winter Games.Due to the end of the Cold War, these games were the first without boycotts since 1972.

The 1996 Summer Olympics , known officially as the Games of the XXVI Olympiad and unofficially as the Centennial Olympics, was a major international multi-sport event that took place in Atlanta, Georgia, United States, from July 19 to August 4, 1996. A record 197 nations, all current IOC member nations, took part in the Games, comprising 10,318 athletes. The International Olympic Committee voted in 1986 to separate the Summer and Winter Games, which had been held in the same year since 1924, and place them in alternating even-numbered years, beginning in 1994. The 1996 Summer Games were the first to be staged in a different year from the Winter Games. Atlanta became the fifth American city to host the Olympic Games and the third to hold a Summer Olympic Games.

The 2008 Summer Olympic Games, officially known as the Games of the XXIX Olympiad ,was a major international multi-sport event that took place in Beijing, China, from August 8 to 24, 2008.A total of 10,942 athletes from 204 National Olympic Committees (NOCs) competed in 28 sports and 302 events (a total of one event more than the schedule of the 2004 Games). China became the 22nd nation to host the Olympic Games and the 18th to hold a Summer Olympic Games.

The 1994 Asian Games also known as XII Asiad were held from October 2 to October 16, 1994 in Hiroshima, Japan. The main theme of this edition was to promote peace and harmony among Asian nations. It was emphasized by the host because the venue was the site of the first atomic bomb attack 49 years earlier. Due to the First Gulf War, Iraq was suspended from the games.