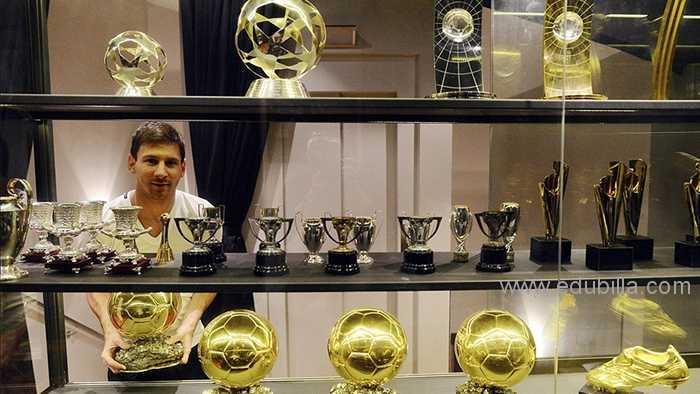 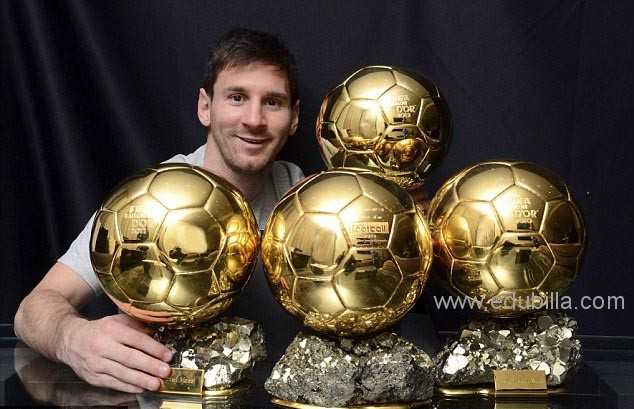 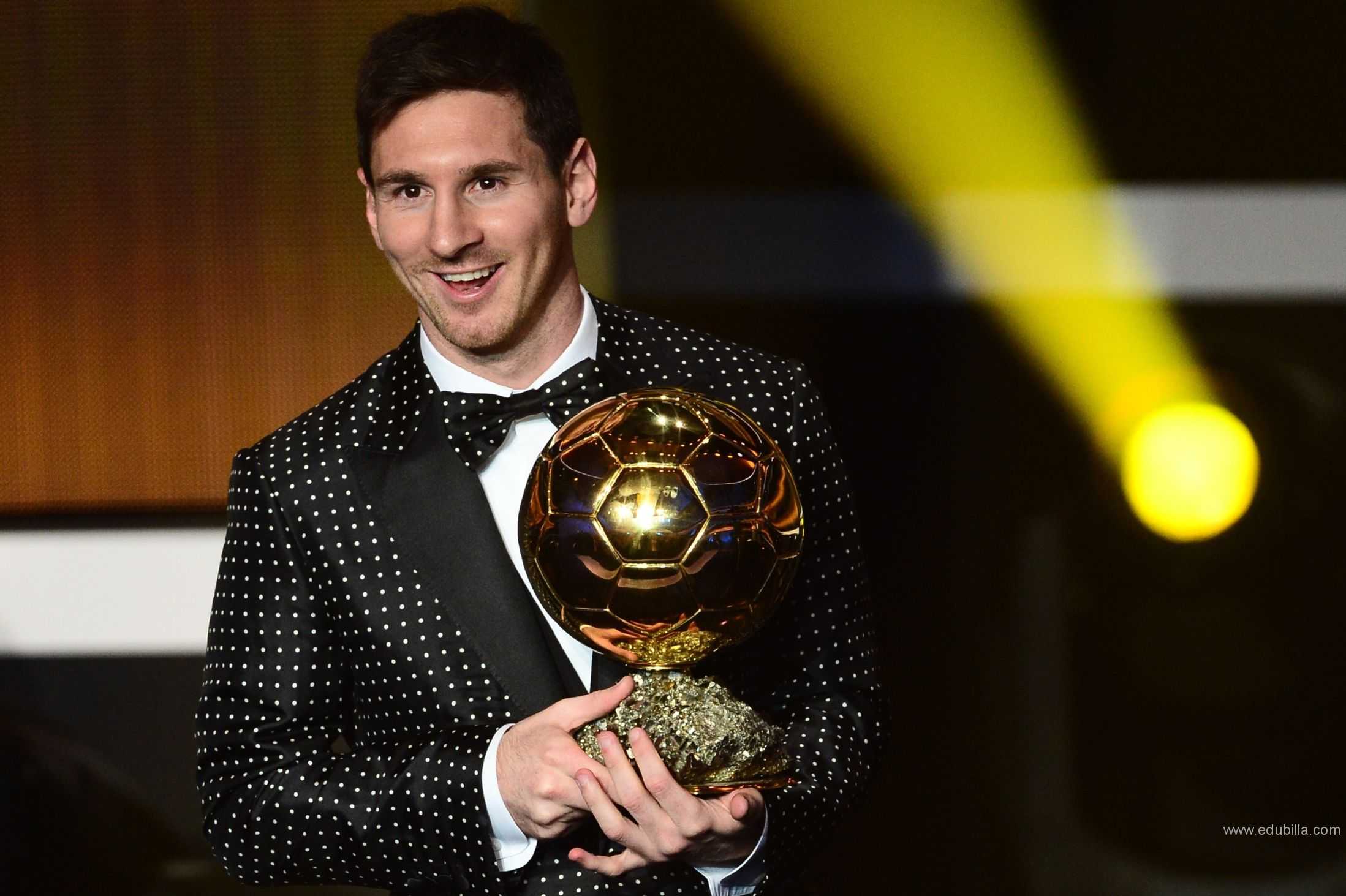 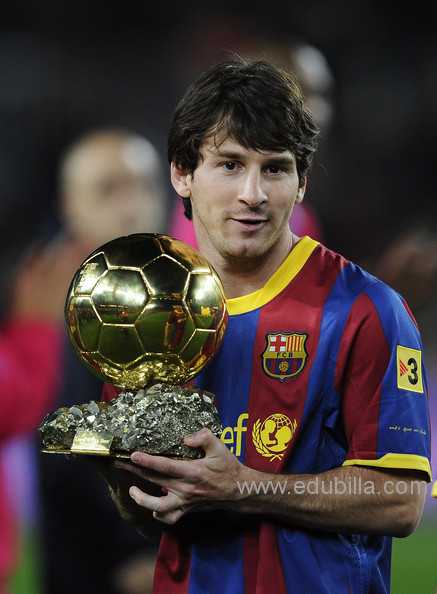 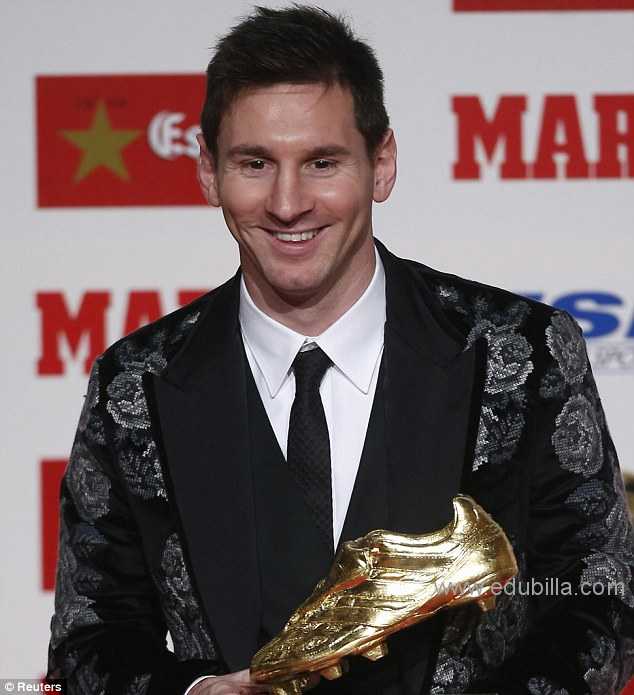 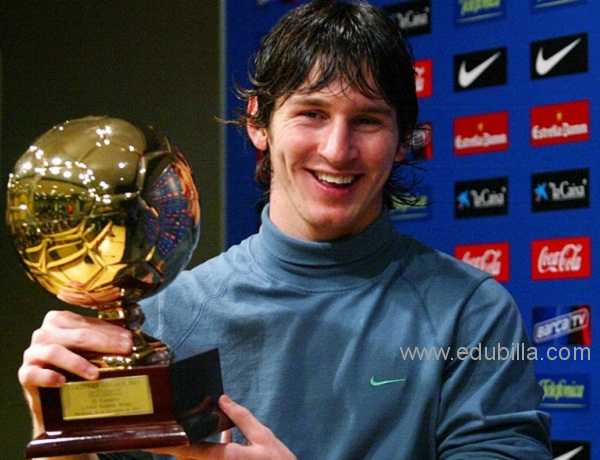 Lionel Andres "Leo" Messi Cuccittini (Spanish pronunciation: (listen) ; born 24 June 1987) is an Argentine professional footballer who plays as a forward for Spanish club FC Barcelona and is the captain for the Argentina national team.

By the age of 21, Messi had received Ballon d'Or and FIFA World Player of the Year nominations. The following year, in 2009, he won his first Ballon d'Or and FIFA World Player of the Year awards. He followed this up by winning the inaugural FIFA Ballon d'Or in 2010, and then again in 2011 and 2012. He also won the 2010–11 UEFA Best Player in Europe Award. At the age of 24, Messi became Barcelona's all-time top scorer in all official club competitions. In September 2014 he scored his 400th senior career goal for club and country aged just 27. In November 2014, Messi became the all-time top scorer in La Liga, and the all-time leading goalscorer in the UEFA Champions League.

Often ranked as the best player in the world and rated by some in the sport as the greatest of all time,Messi is the first football player in history to win four FIFA/Ballons d'Or, all of which he won consecutively, and the first to win three European Golden Shoe awards. With Barcelona, Messi has won six La Ligas, two Copas del Rey, six Supercopas de Espana, three UEFA Champions Leagues, two UEFA Super Cups and two FIFA Club World Cups.

Messi is the only player to top-score in four consecutive Champions League seasons, and also holds the record for the most hat-tricks scored in the competition with five. In March 2012 he made Champions League history by becoming the first player to score five goals in one match. He also matched José Altafini's record of 14 goals in a single Champions League season. In the 2011–12 season, Messi set the European record for most goals scored in a season with 73 goals, set the goalscoring record in a single La Liga season with 50 goals, and became the first player ever to score and assist in six different official competitions in one season. In February 2013 he scored his 300th Barcelona goal. On 30 March 2013, Messi scored in his 19th consecutive La Liga game, becoming the first footballer in history to net in consecutive matches against every team in a professional football league. He extended his record scoring streak to 21 consecutive league matches. In March 2014, with a hat-trick against Real Madrid, Messi became the player with the most goals and most hat-tricks in the history of El Clásico. In October 2014, Messi, aged 27, became the youngest player to score 250 goals in La Liga. In November 2014, Messi scored a hat-trick against Sevilla to reach 253 La Liga goals, becoming the all-time top scorer in La Liga. Later that month, he scored his 74th Champions League goal to become its all-time leading scorer.

FIFA World Player of the Year-2009

UEFA Club Footballer of the Year-2009