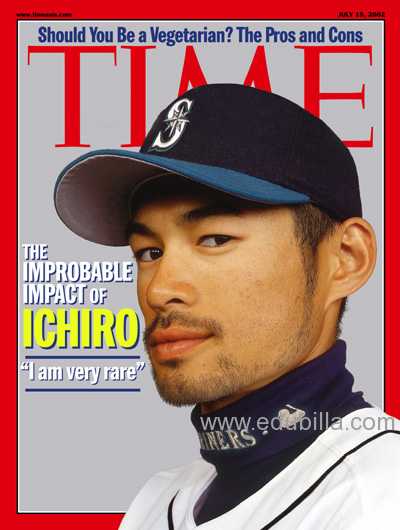 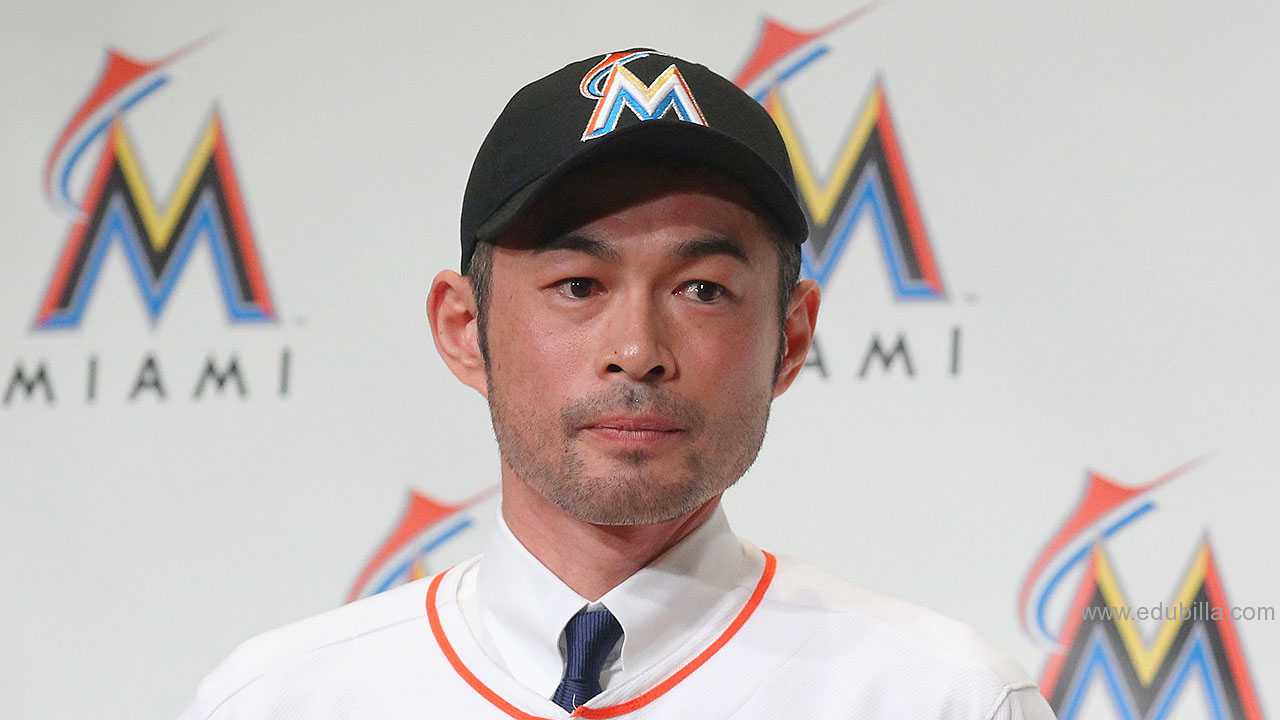 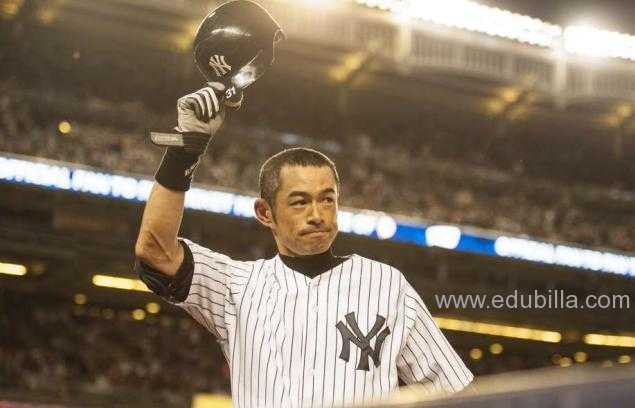 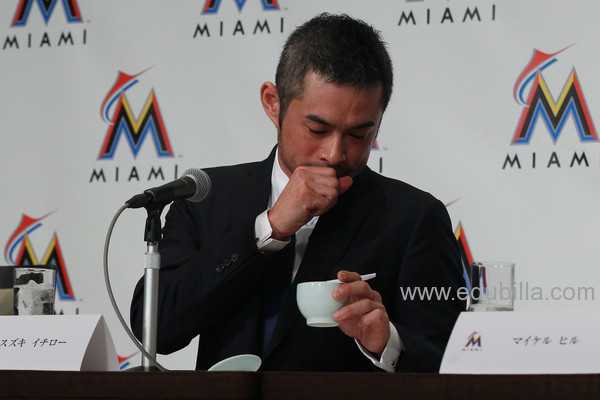 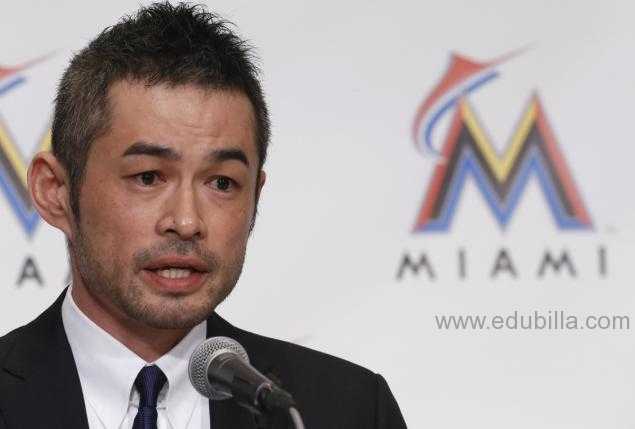 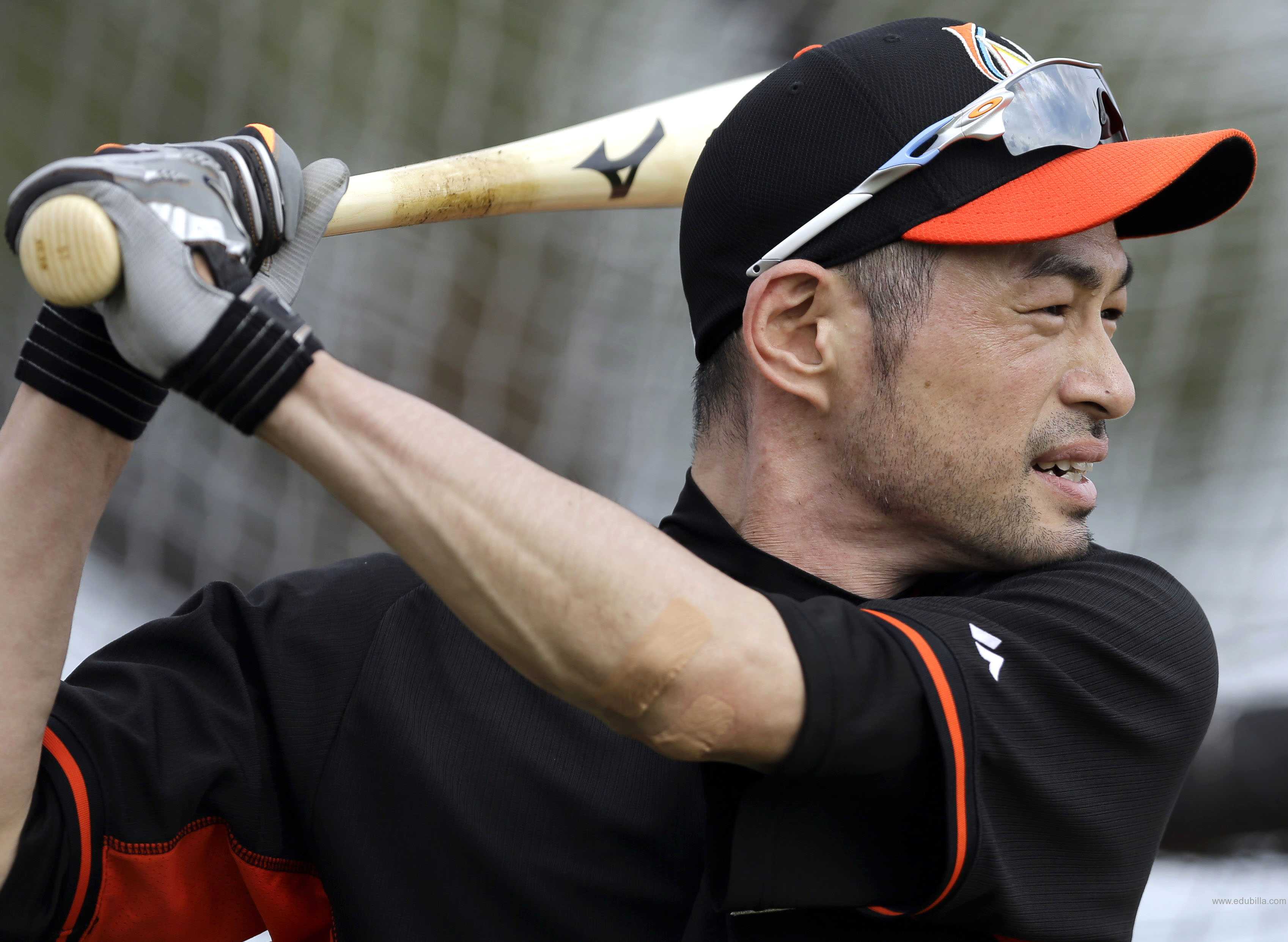 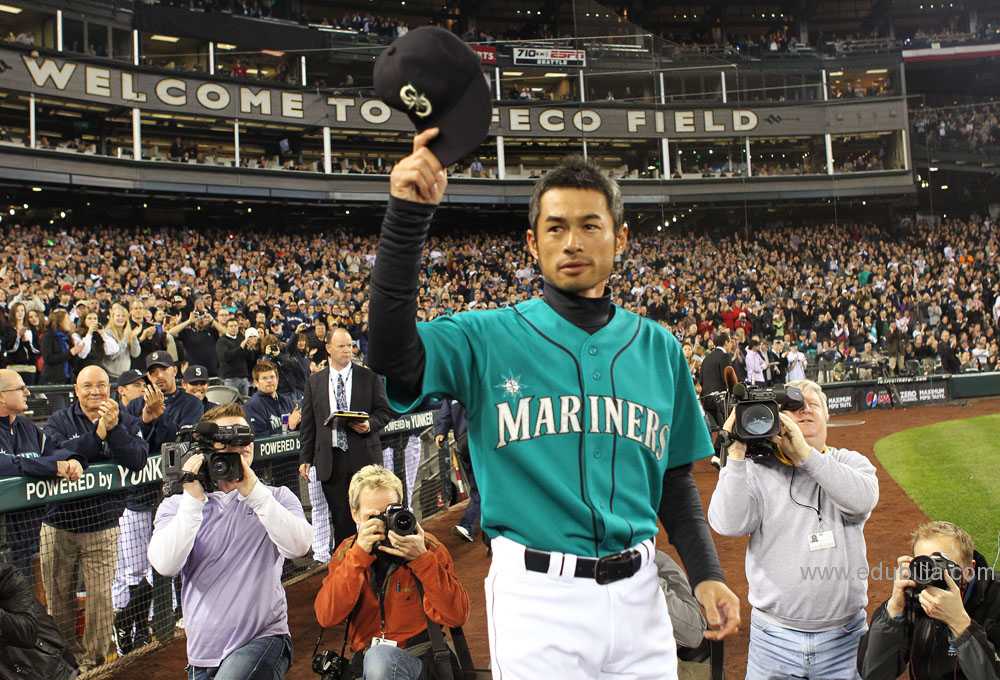 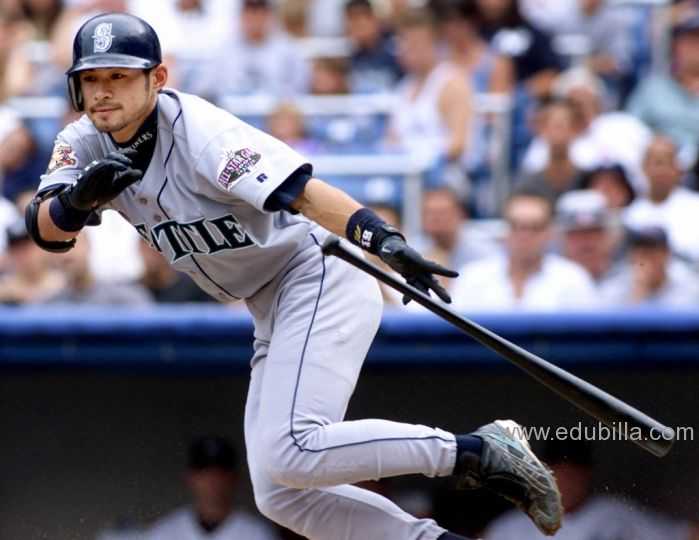 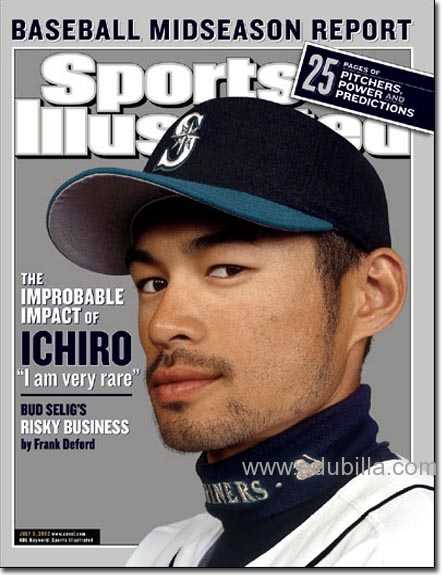 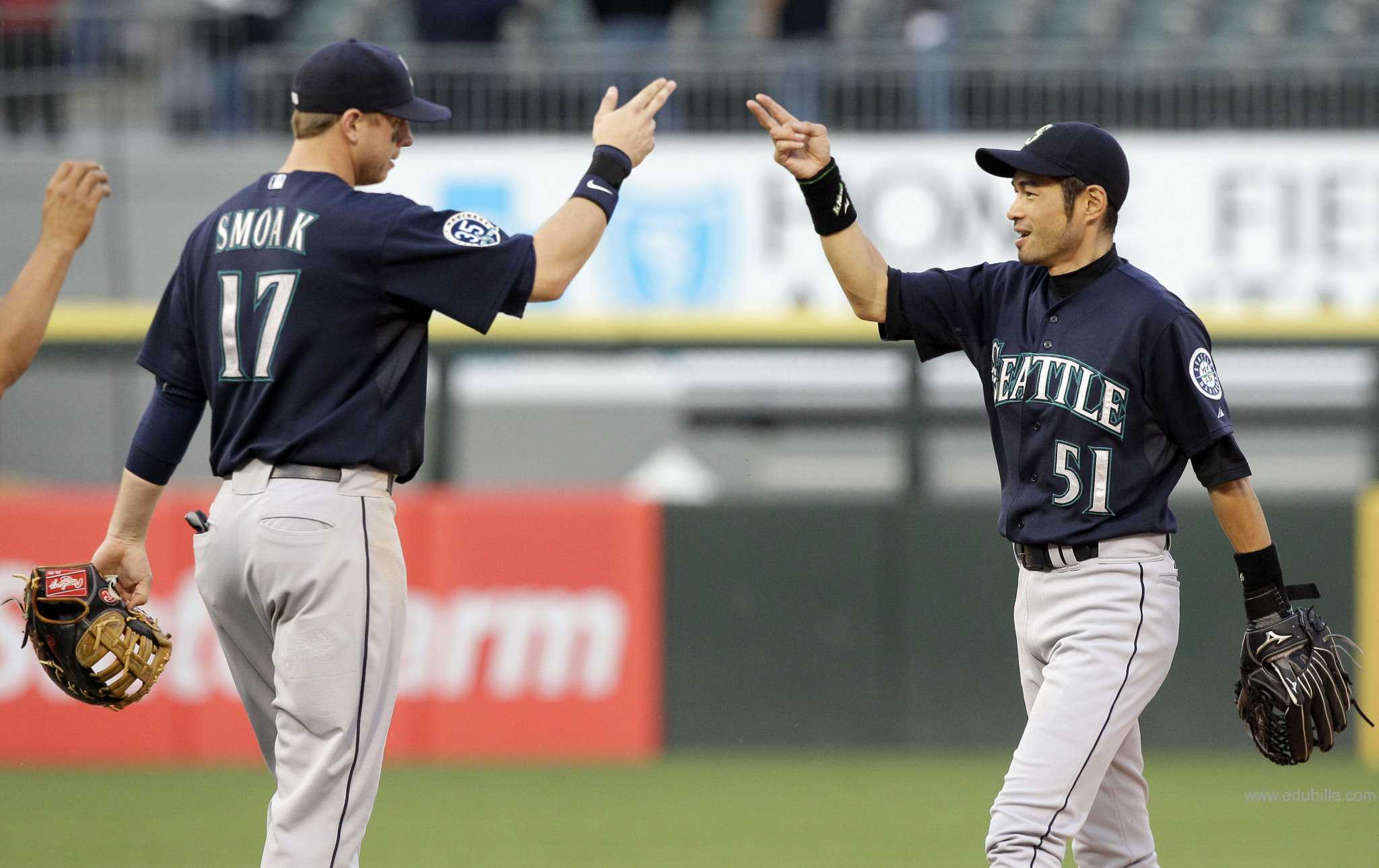 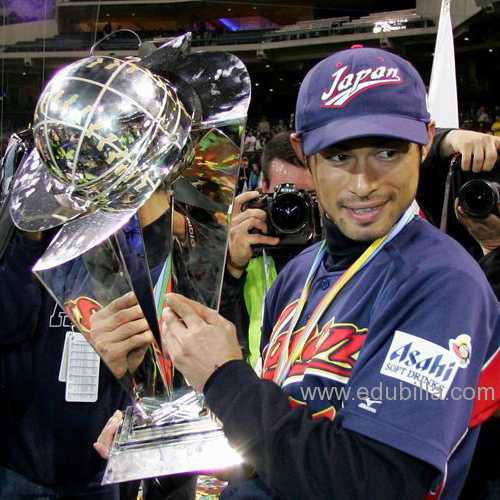 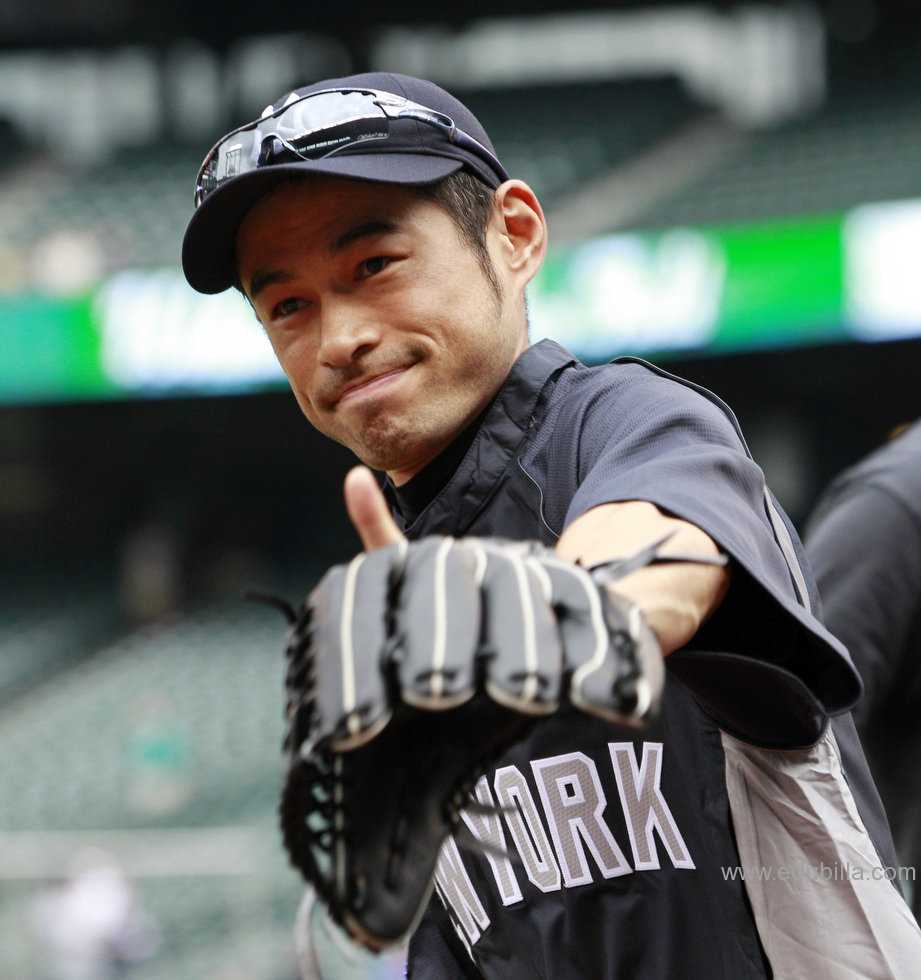 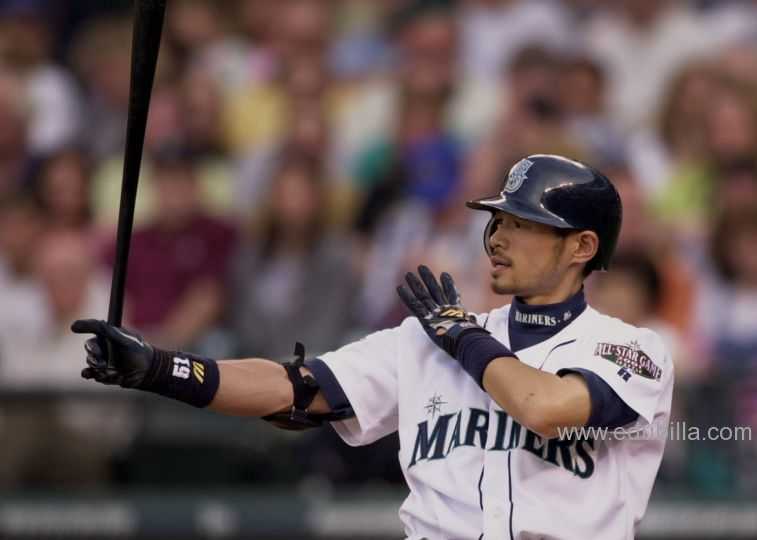 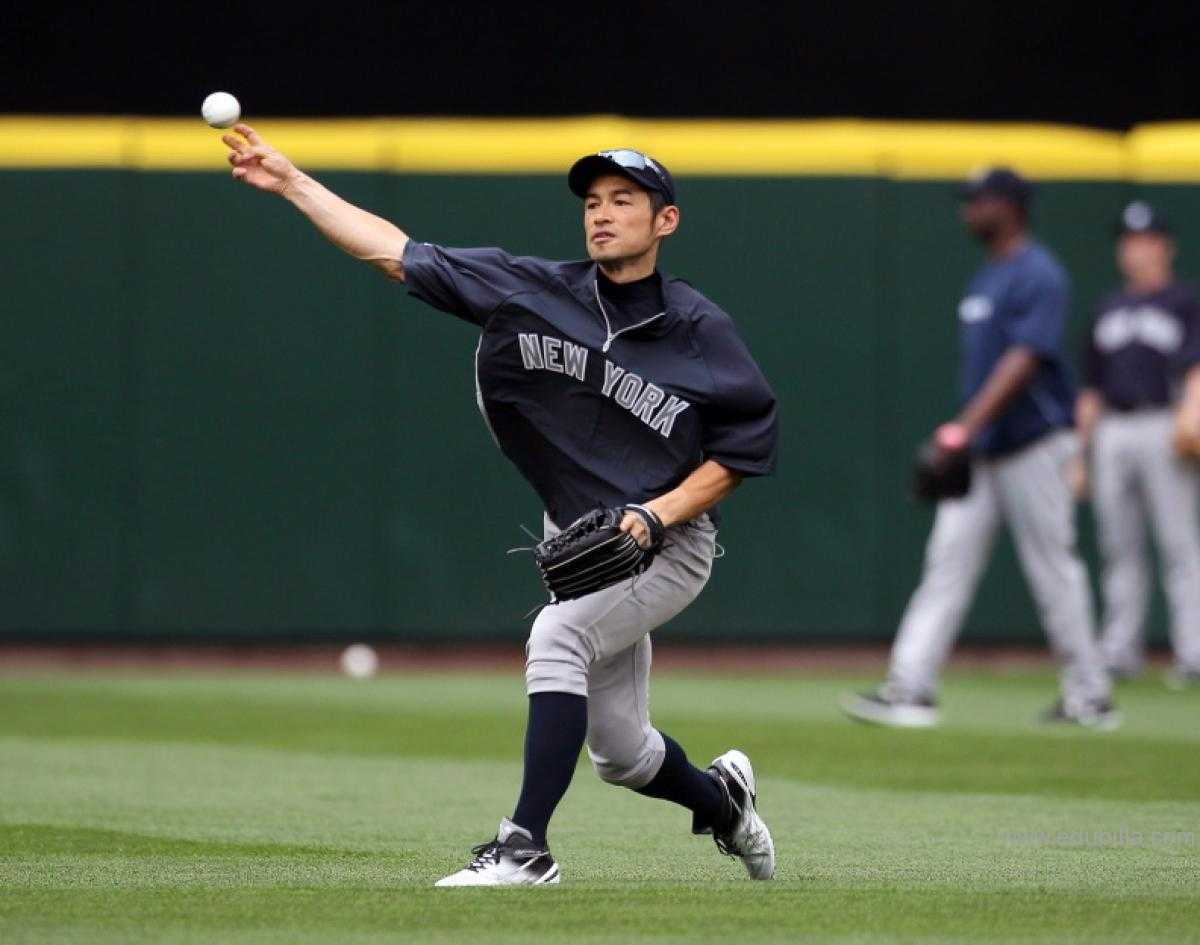 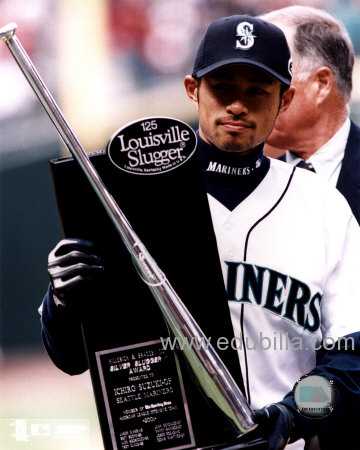 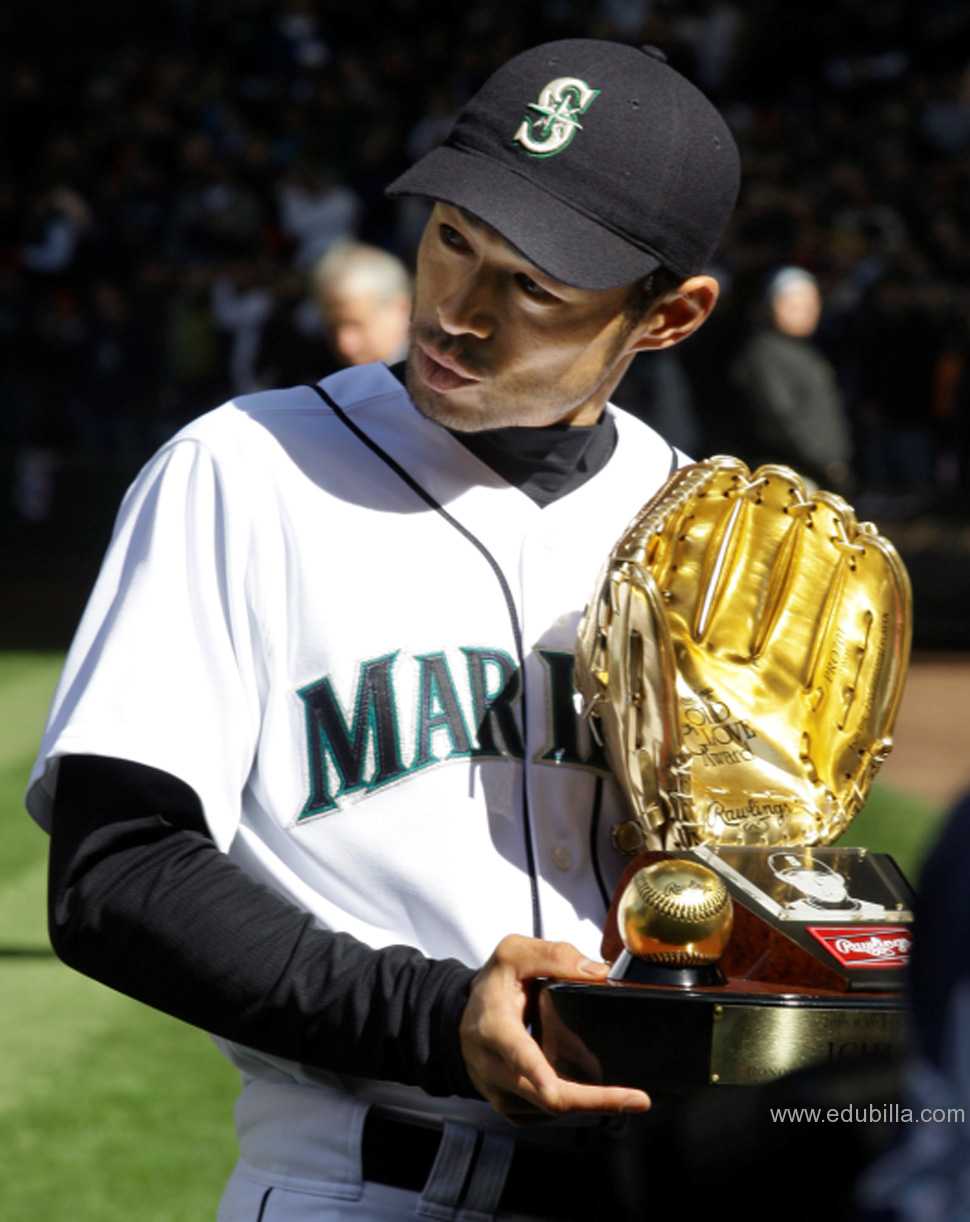 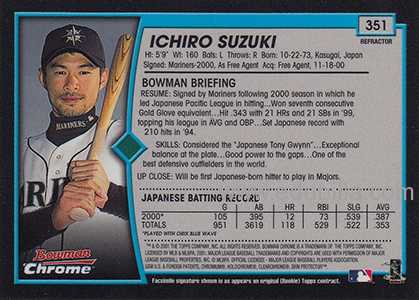 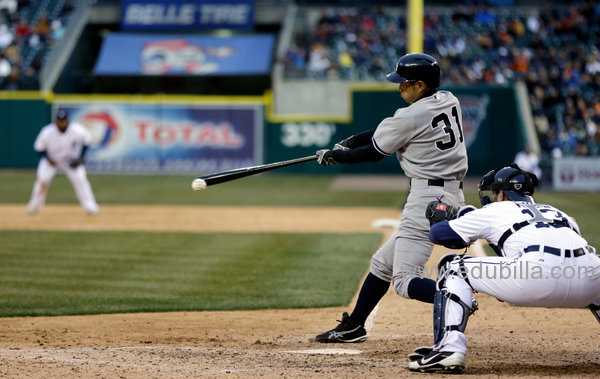 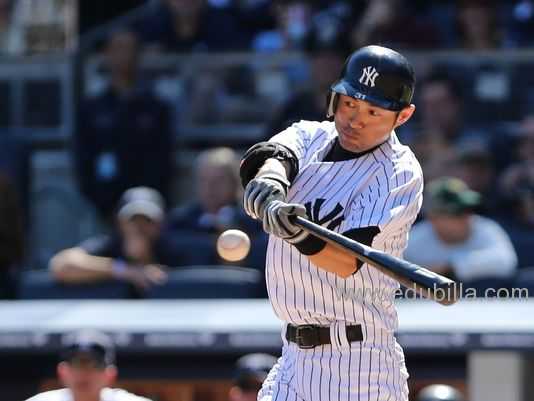 Ichiro Suzuki , often referred to mononymously as Ichiro (born October 22, 1973), is a Japanese professional baseball right fielder for the Miami Marlins of Major League Baseball (MLB). Originally a player in Japan's Nippon Professional Baseball (NPB), Ichiro moved to the United States in 2001 to play in Major League Baseball (MLB) for the Seattle Mariners, with whom he spent 11 seasons, and later the New York Yankees. Ichiro has established a number of batting records, including MLB's single-season record for hits with 262.

Before playing in the MLB, Ichiro played nine years for the Orix Blue Wave in Japan's Pacific League. Posted by Orix after the 2000 season, Ichiro became Seattle's right fielder. The first Japanese-born position player to be signed to the major leagues,Ichiro led the American League (AL) in batting average and stolen bases en route to being named AL Rookie of the Year and AL Most Valuable Player (MVP).

Ichiro is the first MLB player to enter the Japanese Baseball Hall of Fame (The Golden Players Club). He is a ten-time All-Star and won the 2007 All-Star Game MVP Award for a three-hit performance that included the event's first-ever inside-the-park home run. Ichiro won a Gold Glove Award in each of his first ten years in the major leagues, and has had seven hitting streaks of 20 or more games, with a high of 27. Ichiro also leads all active players in stolen bases, with 497.