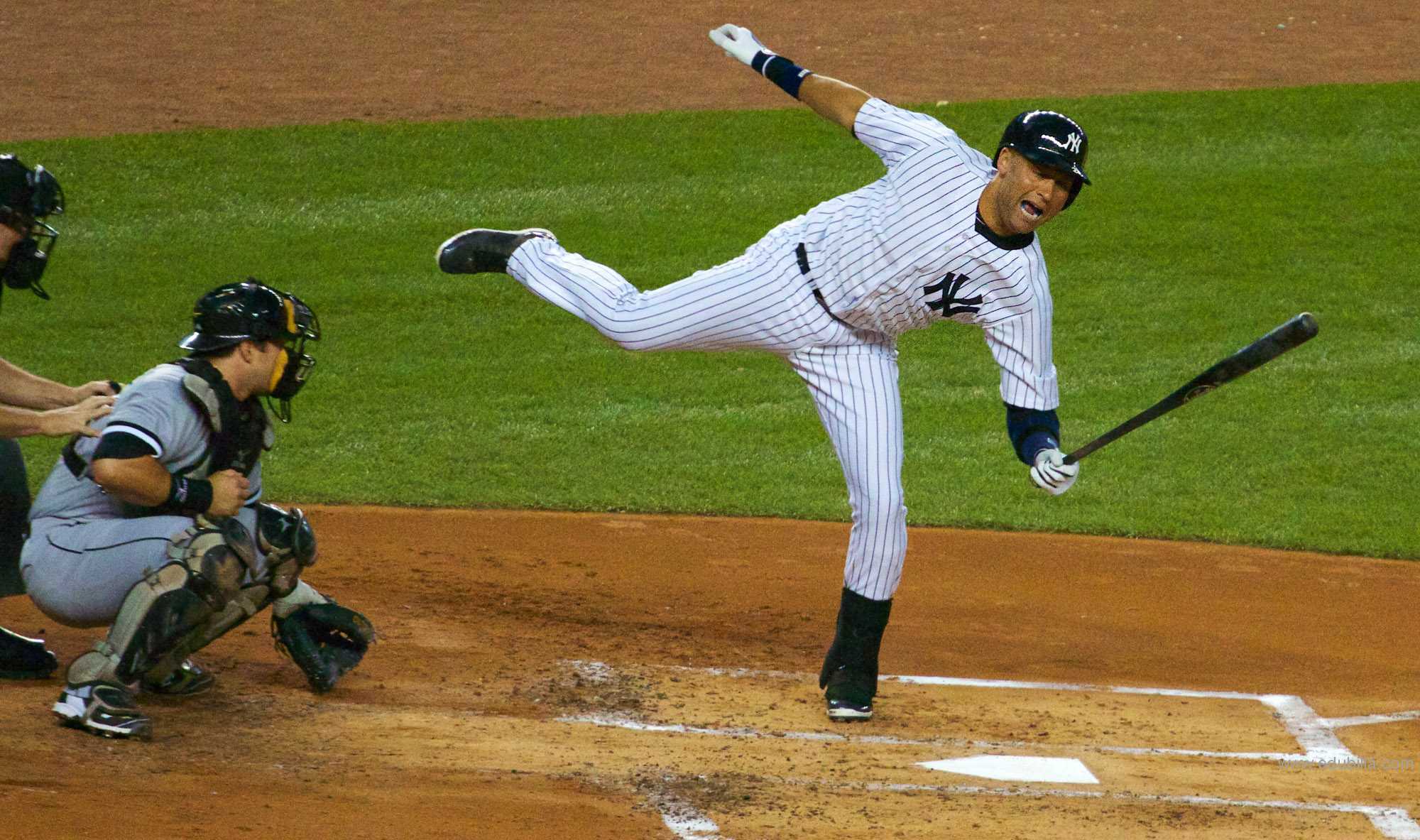 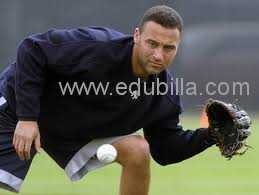 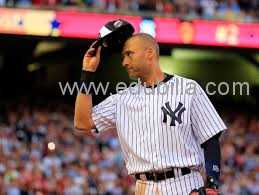 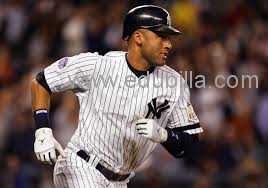 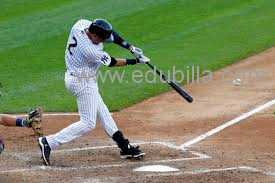 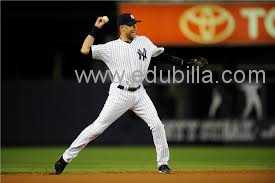 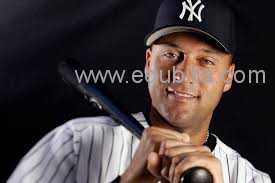 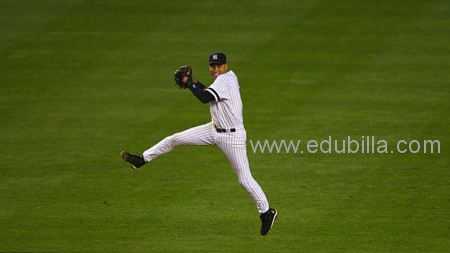 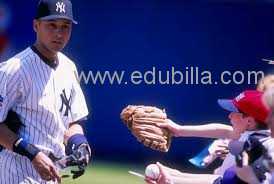 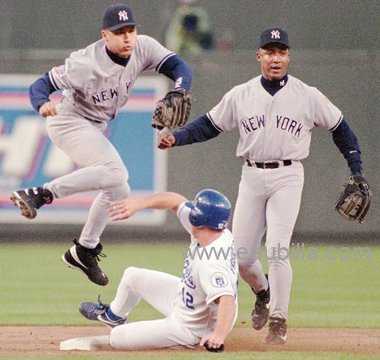 Early Life and Career
Derek Sanderson Jeter was born on June 26, 1974, in Pequannock, New Jersey. The elder of two children of Dorothy, an accountant, and Charles, a substance-abuse counselor, he moved to Kalamazoo, Michigan, at age 4 so his father could pursue a Ph.D. in psychology from Western Michigan University.
Lanky and athletic, Jeter was talented enough to play basketball at Kalamazoo Central High School, but he was determined to become a Major League Baseball player -- specifically, the starting shortstop for the New York Yankees. He batted over .500 in his final two years of high school baseball, striking out just once as a senior. Jeter won several national sports awards, including being named the American High School Coaches Association's 1992 "High School Player of the Year," the 1992 "Gatorade High School Athlete of the Year" and USA Today's "High School Player of the Year."

Following his graduation, Jeter was selected by the Yankees with the sixth overall pick in the June 1992 draft. He also enrolled at the University of Michigan, but his time on campus was brief as he rapidly ascended the ranks of the Yankees' farm system. After batting .344 with 50 stolen bases in 1994, he was selected as "Minor League Player of the Year" by several publications, including The Sporting News and Baseball America.

In 1995, Derek Jeter realized his dream when Yankees shortstop Tony Fernandez was put on the disabled list. Jeter made his big league debut on May 29 of that year, playing against the Seattle Mariners. The following year, in his first full season as a Major League Baseball player, he batted .314 with 10 home runs. The skilled shortstop also performed well in the infield and helped the Yankees win the World Series against the Atlanta Braves. Jeter won the 1996 American League Rookie of the Year Award for his performance that season.
Jeter developed into one of baseball's top all-around players and the lynchpin of a perennially dominant Yankees team. He earned his first of 14 All-Star selections in 1998, a season that ended with the first of three straight world championships for the Bronx Bombers. He led the majors in hits and tallied career highs in home runs and RBIs in 1999, and in 2000 he became the first player to be named the All-Star Game and World Series MVP in the same season.
Known for his patented "inside-out" swing and acrobatic jump-throws, Jeter developed a reputation as a player who thrived in pressure-packed moments. In perhaps the most famous play of his career, he ran down an errant throw from the outfield and delivered "The Flip" to home plate to record an important out against the Oakland A's in the 2001 playoffs. A few weeks later, he blasted a 10th-inning home run to beat the Arizona Diamondbacks in Game 4 of the World Series. His winning style earned the respect and admiration of coaches, sports commentators, peers and fans, and he was named team captain in 2003.
Jeter suffered his first major injury that season when a collision left him with a separated shoulder, but he was as good as ever after returning. He won the first of five gold glove awards for fielding excellence in 2004, and in 2006 he finished second in the voting for the league MVP award.
In September 2009, Jeter passed Lou Gehrig with his 2,722nd hit -- the most in franchise history -- before earning his fifth world championship ring at the end of the season. In July 2011, he homered to become the 28th player in history to reach 3,000 career hits.
Limited to just 17 games in 2013 due to a lingering ankle injury, Jeter announced he would be retiring after the 2014 season, his 20th in the majors. Although his numbers were well below his usual lofty standards, "The Captain" proved he could still rise to the occasion for big moments. He started a rally for the American League with a leadoff double in the All-Star Game, and knocked home the game-winning run in his final at-bat at Yankee Stadium in September. In addition to his five world championships, Jeter finished with an impressive .310 lifetime batting average, and his 3,465 hits ranked sixth in big league history.