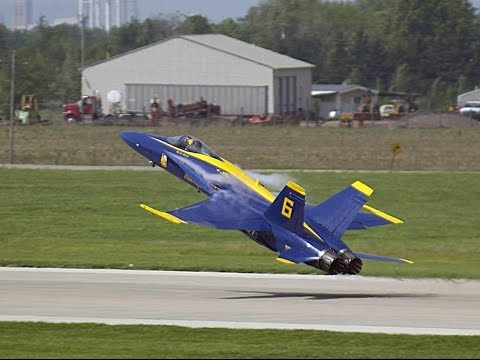 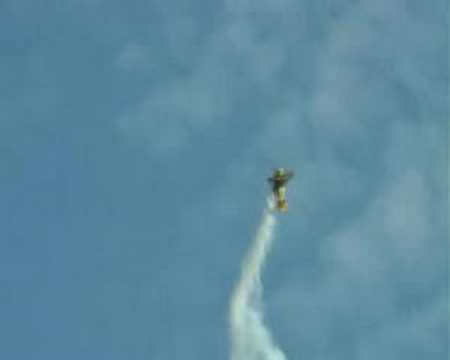 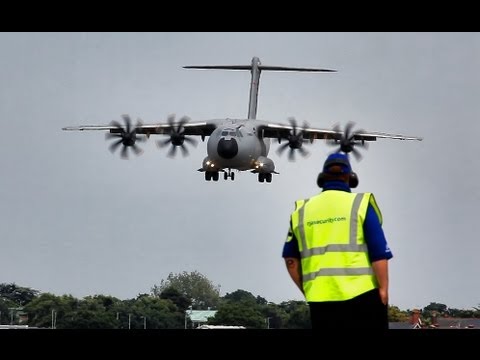 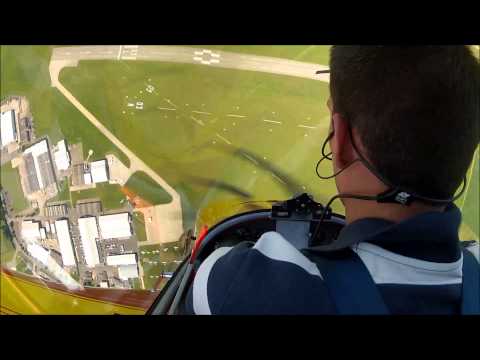 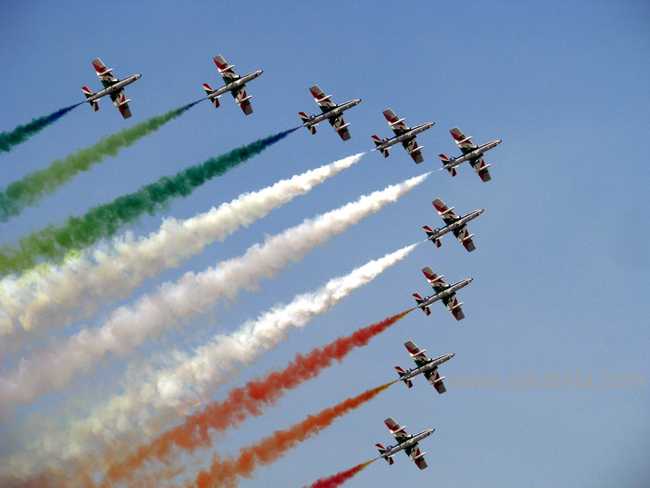 Aerobatics (a portmanteau of aerial-acrobatics) is the practice of flying maneuvers involving aircraft attitudes that are not used in normal flight. Aerobatics are performed in airplanes and gliders for training, recreation, entertainment, and sport. Additionally, some helicopters, such as the MBB Bo 105, are capable of limited aerobatic maneuvers. An example of a fully aerobatic helicopter, capable of performing loops and rolls, is the Westland Lynx. The term is sometimes referred to as acrobatics, especially when translated.

Most aerobatic maneuvers involve rotation of the aircraft about its longitudinal (roll) axis or lateral (pitch) axis. Other maneuvers, such as a spin, displace the aircraft about its vertical (yaw) axis. Maneuvers are often combined to form a complete aerobatic sequence for entertainment or competition. Aerobatic flying requires a broader set of piloting skills and exposes the aircraft to greater structural stress than for normal flight. In some countries, the pilot must wear a parachute when performing aerobatics.

While many pilots fly aerobatics for recreation, some choose to fly in aerobatic competitions, a refereed sport.

Aerobatics are taught to military fighter pilots as a means of developing flying skills and for tactical use in combat.

Aerobatics and formation flying is not limited solely to fixed-wing aircraft; the British Army, Royal Navy, Spanish Air Force and the Indian Air Force, among others, have helicopter display teams.

All aerobatic maneuvers demand training and practice to avoid accidents. Such accidents are rare but can result in fatalities. Low-level aerobatics are extremely demanding and airshow pilots must demonstrate their ability before being allowed to gradually reduce the height at which they may fly their show.

Competitions start at Primary, or Graduate level and proceed in complexity through Sportsman, Intermediate and Advanced, with Unlimited being the top competition level. Experienced aerobatic pilots have been measured to pull +/-5g for short periods while unlimited pilots can perform more extreme maneuvers and experience higher g levels -possibly up to +8/?6g.The limits for positive g are higher than for negative g and this is due to the ability to limit blood pooling for positive g maneuvers, but it is generally accepted that +9 g for more than a few seconds will lead to loss of consciousness (also known as GLOC).

-To establish the Overall World Air Games Champions in Powered and Glider divisions.

-In pursuance of these aims and in case of dispute over the interpretation and application of these rules, and any other regulations for the conduct of aerobatic championships and competitions, a competitor shall be entitled to the benefit of reasonable doubt.

World Air Games will be held every two years. The location will be decided by the FAI following a competitive bidding process from potential host cities.

WAGAC will be open to:

The number of competitors in each Division will be ten. Allocation of places to National Aero Clubs (NACs) will be determined by CIVA, based on the results of preceding World Championships, and published in CIVA meeting minutes. Representation will include male and female pilots. The scoring and determining of champions will be gender blind.

In addition to their pilot competitors, each participating NAC may send the following support

personnel at their own expense:

a) A trainer for each Division (Power/Glider).

b) A mechanic for each Division (Power/Glider).

The determination of which NACs are eligible to participate and with how many pilots is in accordance with CIVA policy as reflected in the Minutes of its plenary meeting(s). The CIVABureau will approve all pilot entries to be sure they meet the standards of the World Air Games. After the selection procedure is complete, FAI, CIVA, and the organizers will liaise directly with pilots.

All competing aircraft must meet the performance characteristics required for the kind off light they will be undertaking. A valid aerobatic certificate of airworthiness or equivalent document issued by the competent aviation authority of the aircraft’s country of registration must be produced to the organisers for every contest aircraft.

Aircraft will not be admitted to the contest unless the appropriate documentation has been submitted to the organisers.

Detailed Aerobatics Rules Can Be Downloaded From Documents

Aerobaticsmaneuvers in which an aircraft is flown under precise control in unusual attitudes (the position of an aircraft determined by the relationship between its axes and a reference such as the horizon). A myriad of aerobatic maneuvers exist, some of the better-known being rolls, loops, stall turns (hammerheads), and tailslides. The term aerobatics came into use in early 1914 after being suggested in the British magazine The Aeroplane and was originally synonymous with stunt flying. However, although it is still loosely used to describe many such types of aerobatic performance, it has gradually acquired a more specific meaning since the development of the organized sport of aerobatics, wherein the term has come to denote the precise and accurate execution of defined maneuvers of varying difficulty.

The History of Aerobatics at a Glance:

1913-ssential to aerobatic technique is the ability to fly an aircraft inverted (upside down), which was first demonstrated on September 1, 1913, by the Frenchman Adolphe Pégoud, test pilot for aviator Louis Blériot. Pégoud also flew other advanced maneuvers as part of a research program. Other aerobatic innovators include the Russian military pilot Petr Nesterov, who was the first pilot to “loop the loop,” on September 9 (August 27, Old Style), 1913.

1915-At the outbreak of World War I, military pilots were used mainly for reconnaissance work and were not expected to possess any knowledge of aerobatics. It was not until the development of successful fighter aircraft in 1915 that pilots began to engage in serious aerial combat, discovering in the process that aerobatic skills could give them a significant advantage in a dogfight.

1916- 1916 were the first tentative steps taken toward the systematic teaching of aerobatic techniques, which had hitherto been discouraged (or even prohibited) in military flight training.

1927-The world's first large scale international aerobatics competition was held in Zurich in August of 1927.

1930-In the mid 1930s a new force in world competition would emerge from Czechoslovakia.

1934-The first and only World Cup of aerobatics was held in Paris in June 1934, with nine entries from six countries (all European).

1936-Aerobatic events were also held in conjunction with the 1936 Olympic Games in Berlin.

1940-After World War II, with the resumption of air shows, the American Pitts Special biplane of the 1940s gained a popularity in aerobatics that lasted several decades.

1960-Competition aerobatics became organized on a worldwide basis in 1960, when the International Aerobatics Commission (CIVA) of the FAI was founded as the world governing body.

1995-An Advanced level World Aerobatic Championship was introduced in 1995, to be held every second year, for which the aircraft are restricted in power and performance.

A common notion is that aerobatics and stunt flying were developed during World War I when planes were first used in combat. This is far from the case. The history of aerobatic flight significantly parallels the history of flight itself.

The Wright brothers themselves performed the first aerobatic maneuver (a 360-degree banked turn) in September of 1904. The key word here is banked because this was prior to the invention of the aileron. The Wright flyer used a wing warping system to flex the entire wing in order to bank the aircraft.

The whole idea of banking the aircraft greatly speeded up the development of flying machines in the United States. The Europeans considered the idea unsafe and unnecessary. They tended to view the airplane as a flying automobile which could be steered around without tilting the wings: an idea that limited their progress for a number of years.

While the Wrights were perfecting their flight control system, even better systems were being developed elsewhere. Dr. William Christmas in Washington, D.C., and a group headed by Glenn Curtiss and Alexander Graham Bell, almost simultaneously developed the aileron.

The Curtiss machine featured an aileron control surface mounted between the biplane wings, close to the tips. Dr. Christmas, however, had a better idea and integrated the aileron as a hinged section in the wing itself--a concept still used today. While Curtiss and the Wrights argued over infringement of the Wright's wing warping patent, Dr. Christmas quietly received a patent for his design. In fact, congress later paid him $100,000 to compensate him for the use of ailerons in all aircraft built during World War I. I mention the aileron because it is the main development that led to more complex aerobatic maneuvers.

By 1909 the Europeans were starting to catch up. In July of that year, a Frenchman, Louis Bleriot, made the first flight across the English Channel. This sparked a widespread interest in flying throughout Europe and America. Flying shows and air meets became wildly popular, and highly profitable for the pilots. Large paying audiences gathered wherever the flyers performed, but they soon tired of simple flying exhibitions and demanded thrills and danger. To keep the crowds coming, the pilots competed vigorously to develop flying tricks and stunts: today's acrobatic maneuvers.

By 1914, the word aerobatics was a part of the language both in the U.S. and abroad. Air shows and flying exhibitions were frequent and heavily attended. The sport was healthy and growing prior to the first shot of World War I.

The Great War had enormous influence on aerobatics, as aerobatic tricks and stunts quickly became lifesaving maneuvers in battle.

The Fédération Aéronautique Internationale, FAI – The World Air Sports Federation, is the world governing body for air sports, aeronautics and astronautics world records. Its head office is in Lausanne, Switzerland.This includes man-carrying aerospace vehicles from balloons to spacecraft, and unmanned aerial vehicles (such as model aircraft and UAVs). It was founded on 14 October 1905.

The Fédération Aéronautique Internationale (FAI) awards dozens of medals and diplomas annually to recognize accomplishments in the air, especially in the field of sporting aviation. They are international awards given by FAI, the world air sports federation founded in 1905 by the Aero Club of America (NAA) and other original Aero Clubs. FAI is a non-governmental and non-profit making international organization with the basic aim of furthering aeronautical and astronautical activities worldwide.

NAA works to identify worthy candidates and generate nominations for the FAI Awards which are listed here:

For those who have contributed greatly to the development of aeronautics by their activities, work, achievements, initiative or devotion to the cause of aviation.

For those who have contributed greatly to the development of astronautics by their activities, work, achievements, initiative or devotion to the cause of space.

For the woman who performs the most outstanding achievement in any air sport in the previous year.

To a person who has occupied high office in FAI or in an aeronautical organization in one of its member countries, and in the discharge of their duties have shown exceptional powers of leadership and influence, to the benefit of the whole international air sport community.

For an individual or a group of individuals having achieved a significant milestone, technological step or invention in aeronautics or astronautics (first flight, new technology, etc.) during the previous year and that might contribute to future developments, especially in the practice of air sports.

For a youngster who, during the previous 12 months and before the date of his 26th birthday:

-Achieved an outstanding sporting performance. This means a performance which is considered by the nominating authority as beyond the normal level of performance compared to what can usually be done, or

-Excelled in a certain area of his sport and is considered as a reference, or

-Significantly contributed to the development and promotion of aeronautics or astronautics. 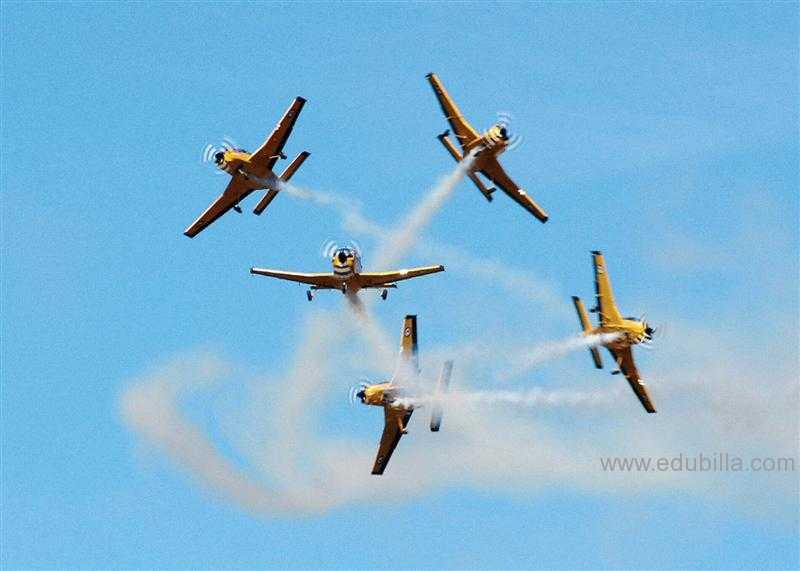 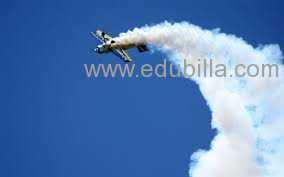 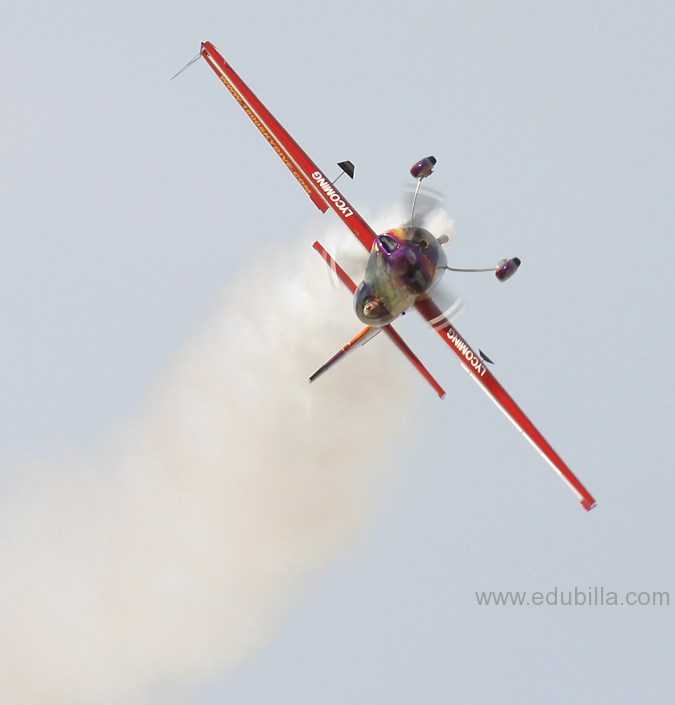 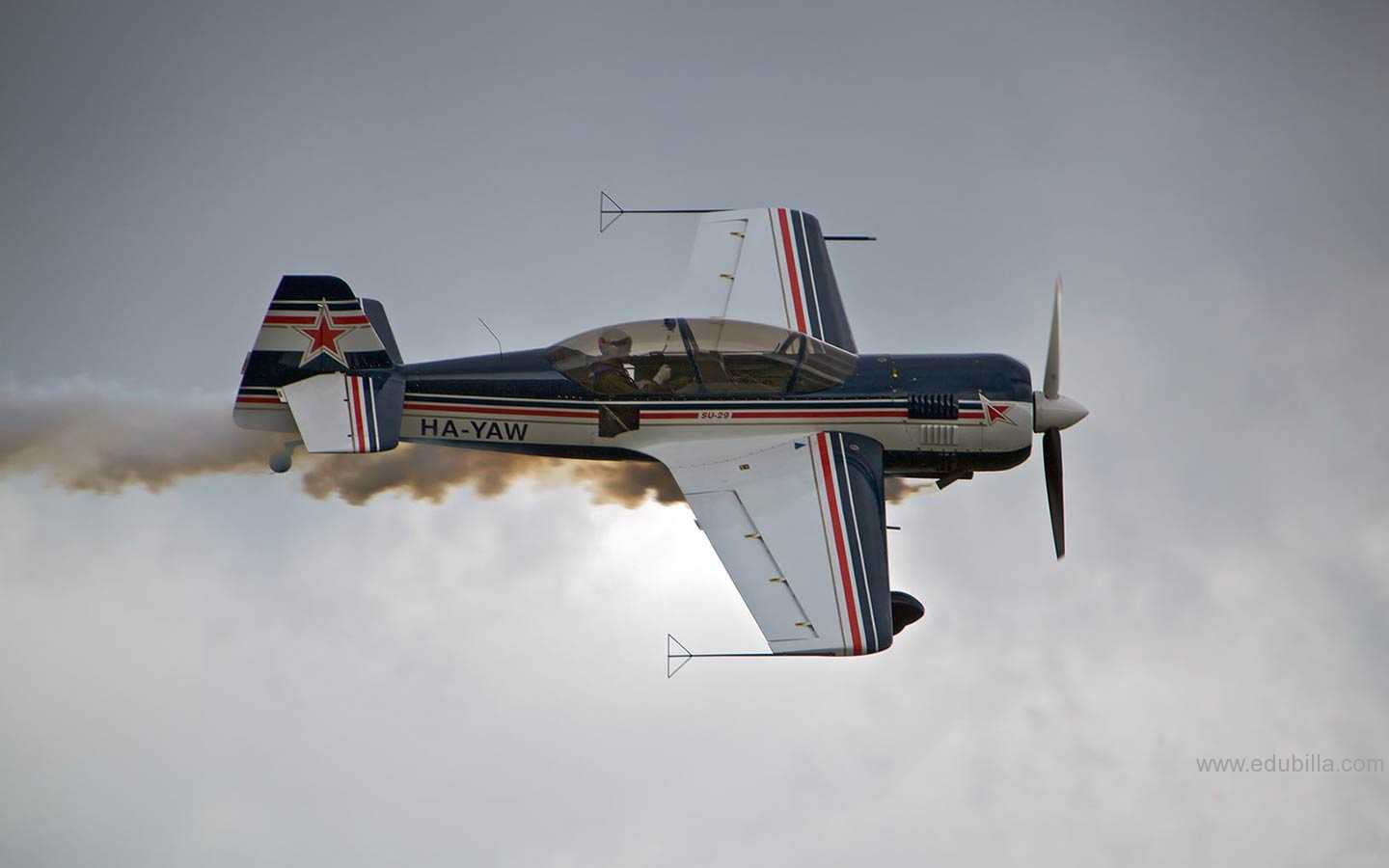 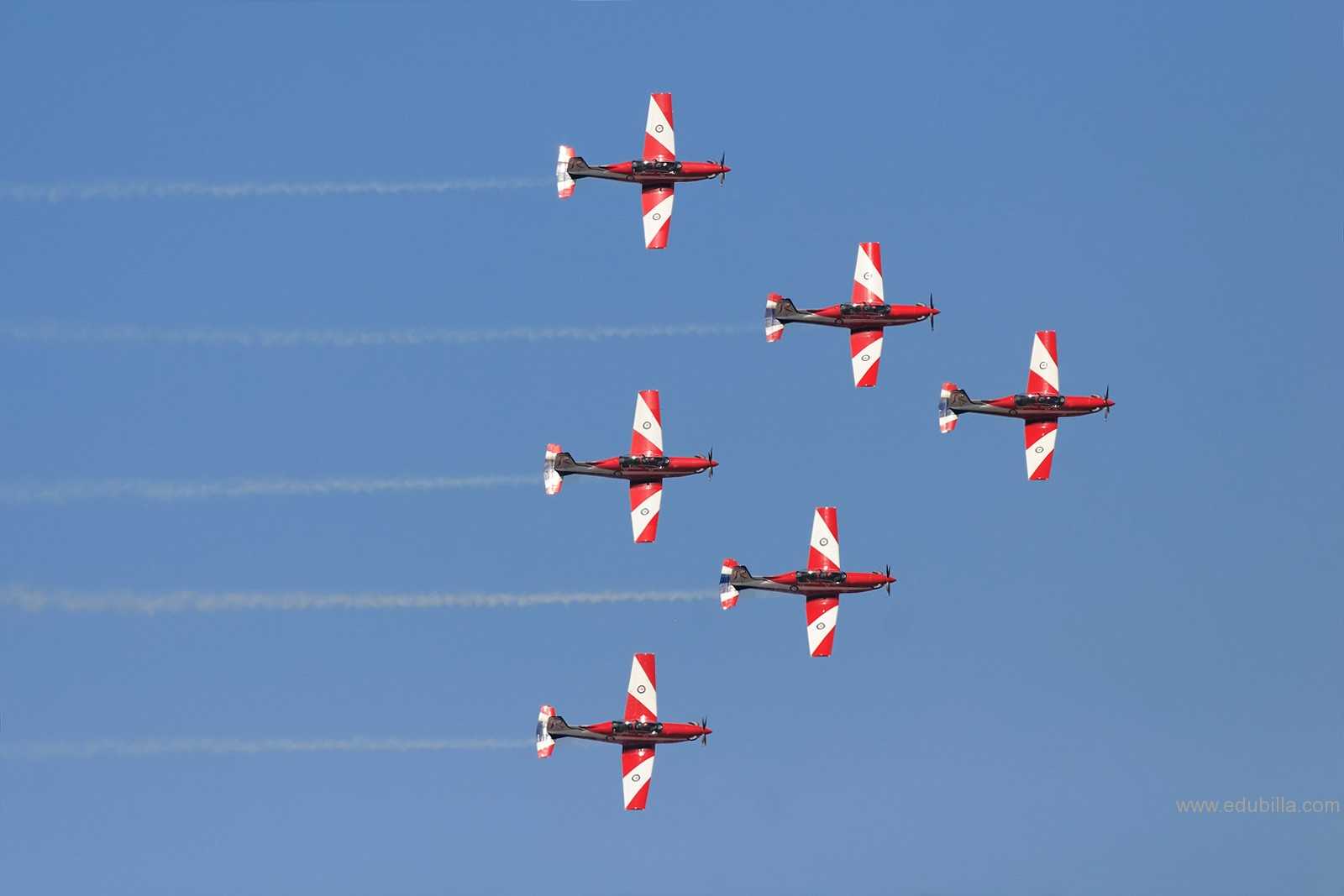 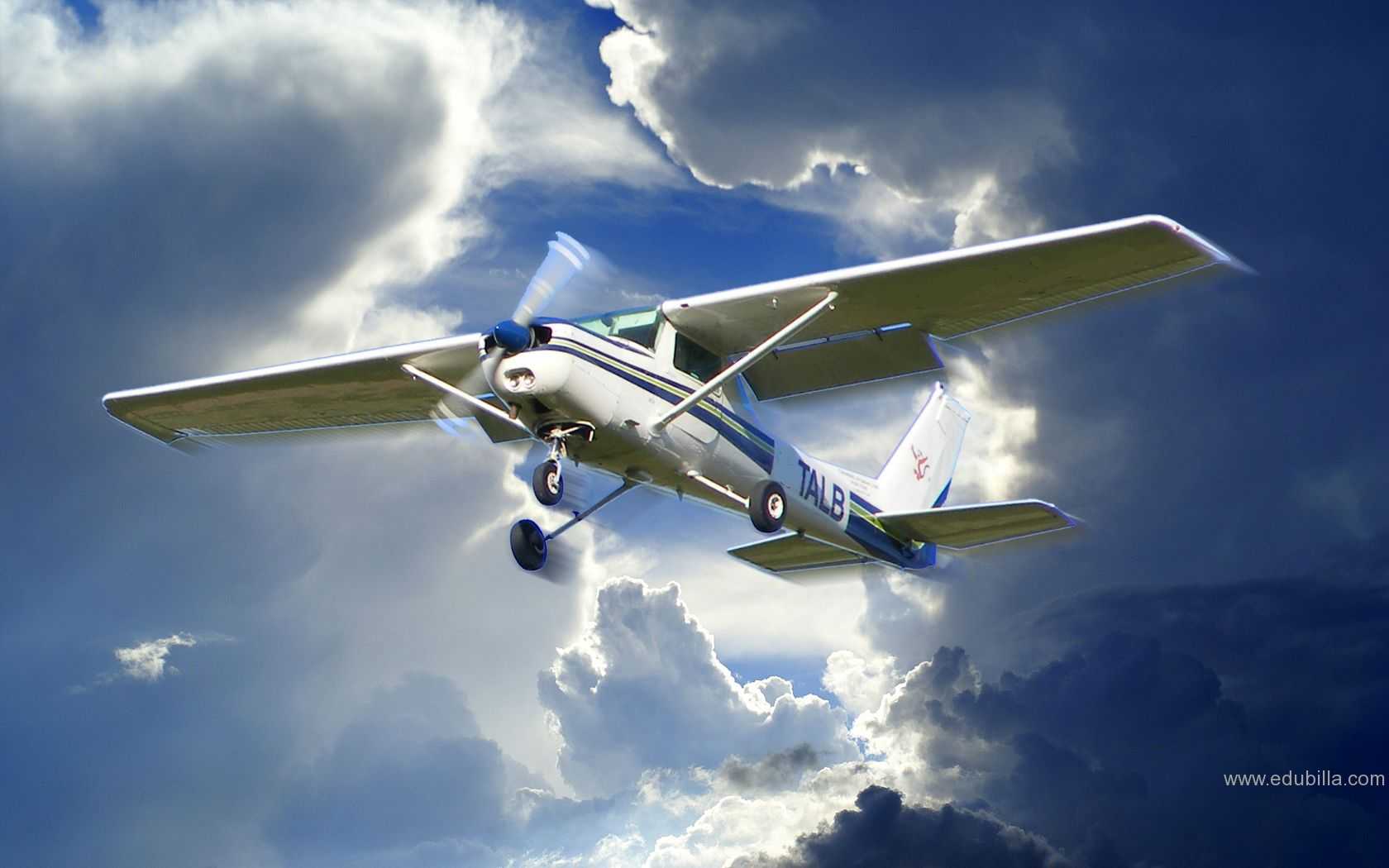 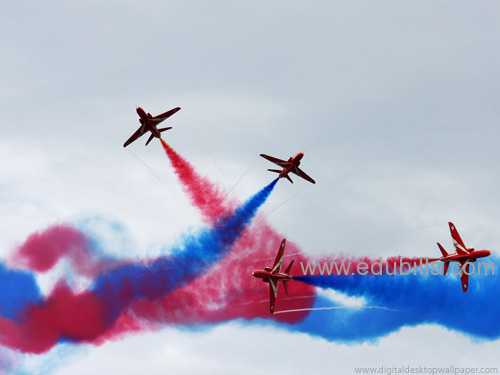 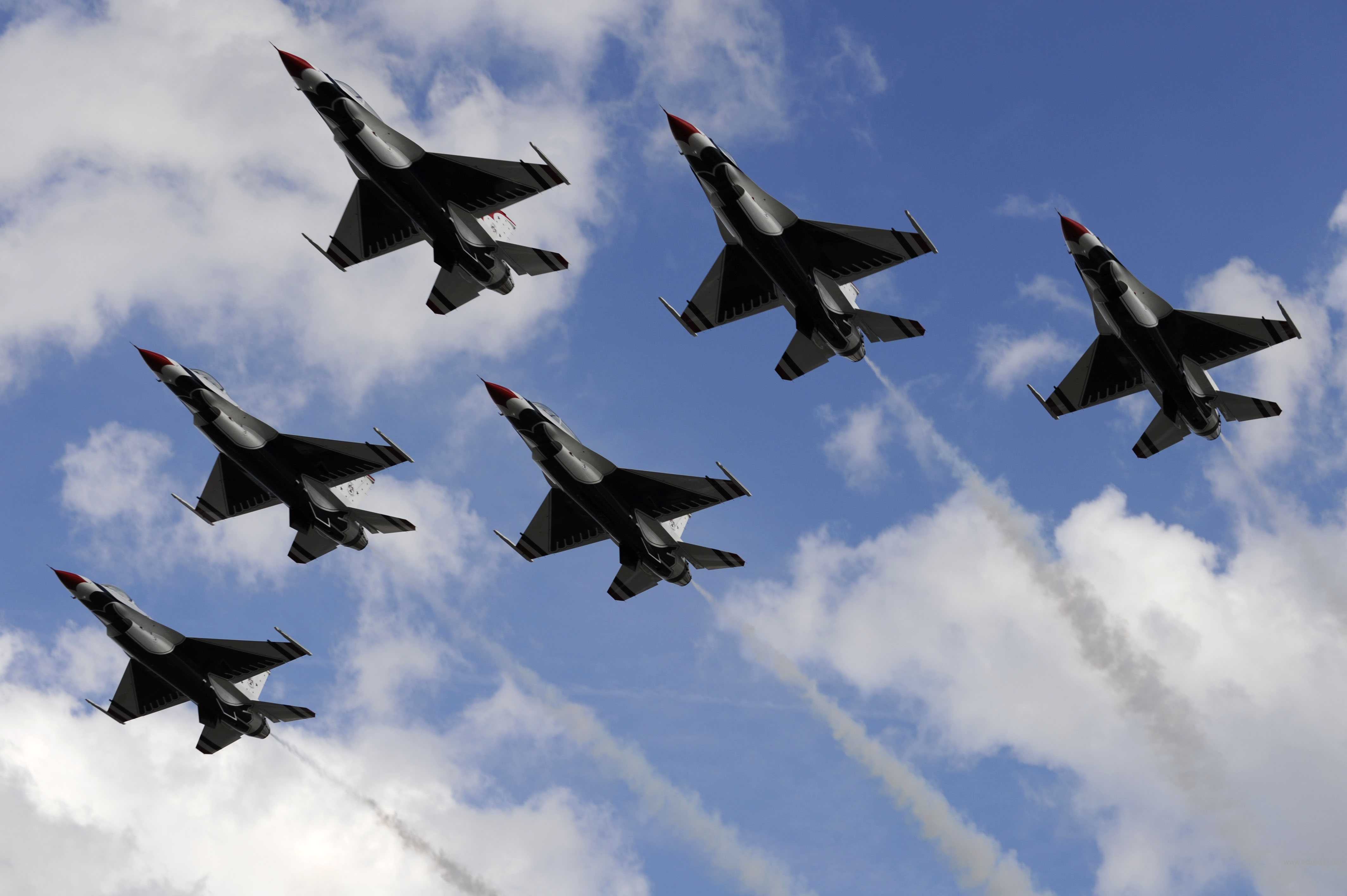 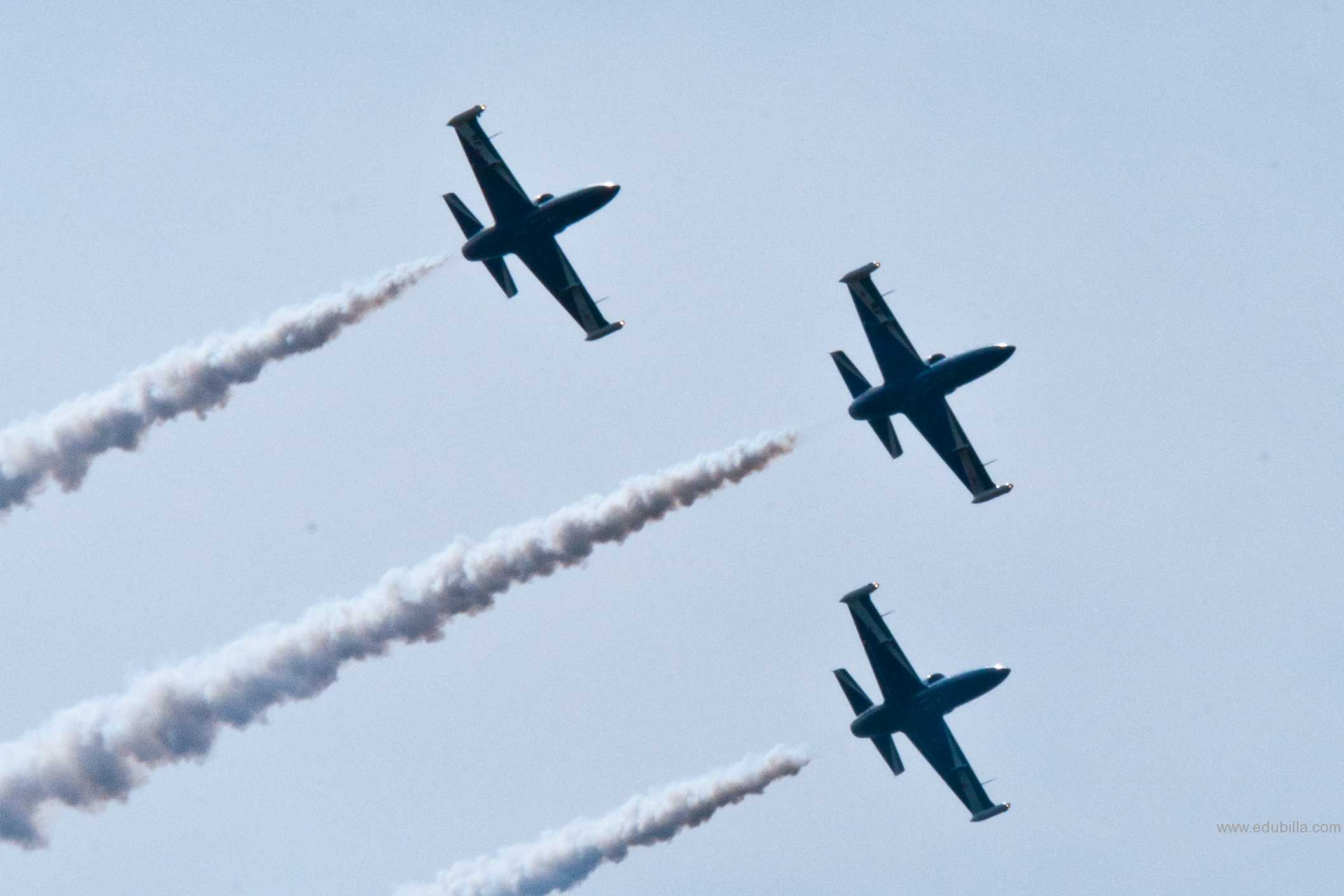 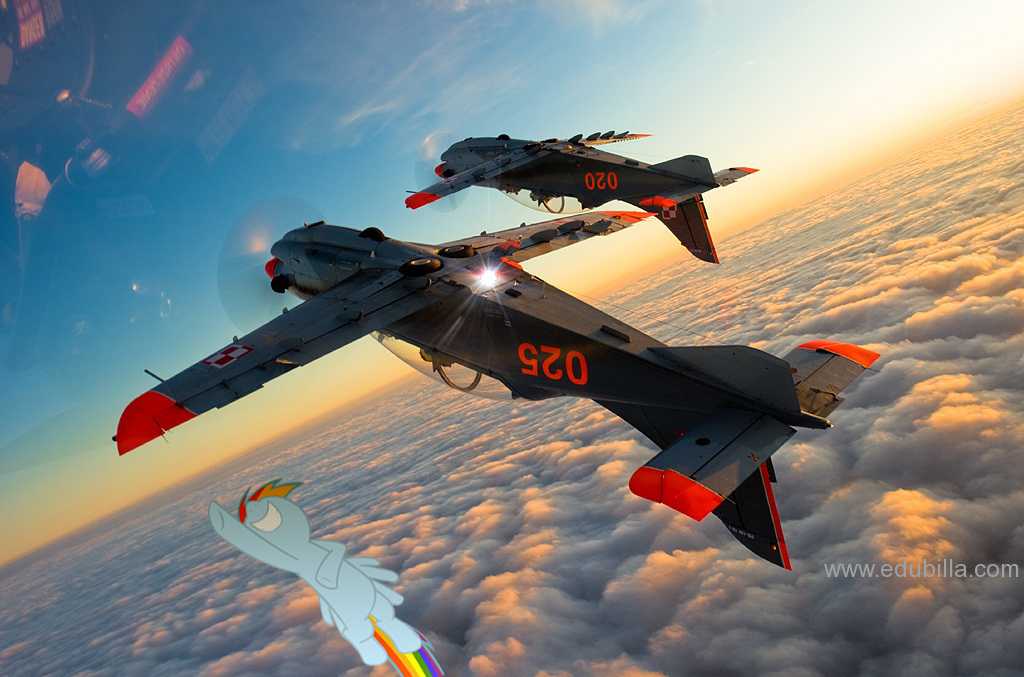 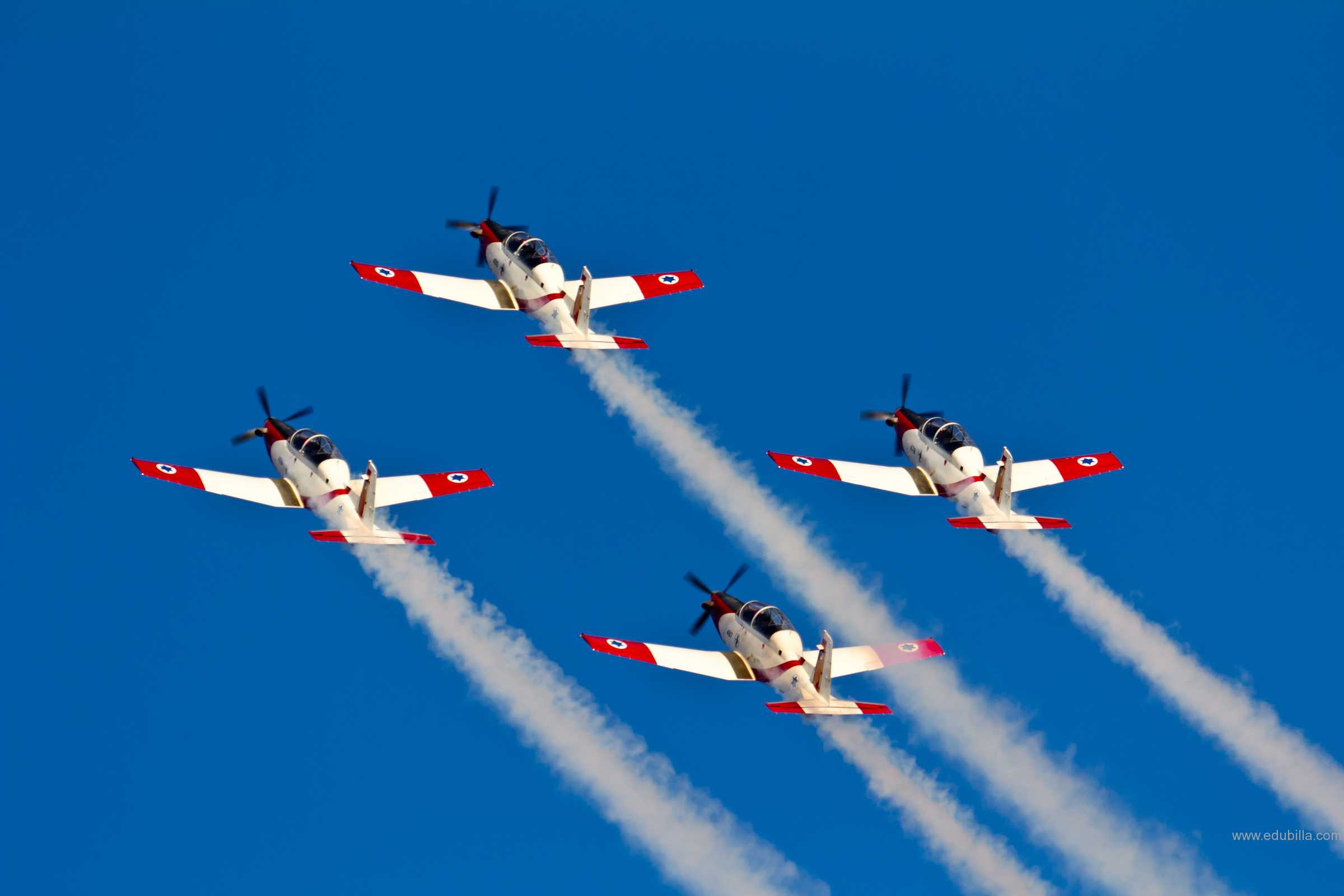