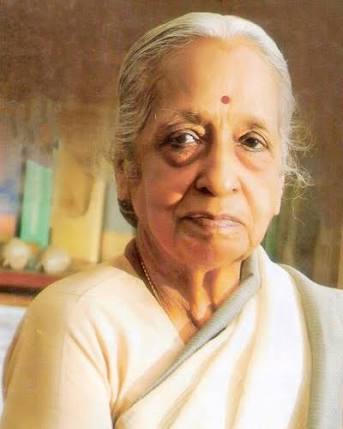 Dr.V. Shanta is a prominent Cancer specialist and the Chairperson of Adyar Cancer Institute, Chennai. Her career has included organizing care for cancer patients and research in the prevention and cure of the disease. Her work won several awards including the Magsaysay Award, Padma Shri, Padma Bhushan, and Padma Vibhushan, the second highest civilian award by Government of India. She was born on March 11, 1927 at Mylapore, Chennai. She did her schooling from National Girls High School and had always wanted to become a Doctor. She completed her graduation from Madras Medical College in 1949, and her M.D. in 1955. When Dr. Muthulakshmi Reddy set up the Cancer Institute in 1954, Dr. Shanta then had just finished her Doctor of Medicine (M.D.). She also got through the Public Service Commission examination and was posted to the Women and Children Hospital. She decided to join the Cancer Institute instead, upsetting many people. The institute began with a single building and a cluster of huts with minimal equipment and two doctors, Dr. Shanta and Dr. Krishnamurthi. For three years she worked as honorary staff after which, the Institute offered to pay her Rs.200 per month and residence within the campus. She moved into the campus on April 13, 1955, and has remained there ever since.