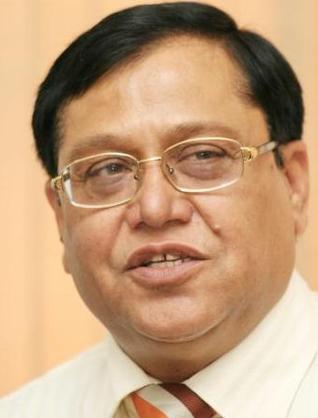 Vijay Kumar Saraswat is an Indian scientist who formerly served as the Director General of the Defence Research and Development Organisation (DRDO) and the Chief Scientific Advisor to the Indian Minister of Defence. He was born in 1949 in Gwalior, India. Shri Saraswat completed his engineering from Gwalior; Master of Engineering from IISc Bangalore followed by Ph.D from Osmania University. During his illustrious career, from Scientist to Scientific Adviser to Defence Minister, Director to Director General DRDO and Secretary to Dept of Defence R&D, Shri Saraswat has been credited with development of Liquid Propulsion Rocket Engines and missiles namely PRITHVI, DHANUSH, PRAHAAR indigenously. He is the principal architect of the Ballistic Missile Defence programme which included major technology breakthroughs. The successive interceptions of incoming target ballistic missiles at Exo and Endo atmospheres are a testimony to his dedicated efforts and exploitation of limited technological resources. With this India joined the select nations that have the capability to develop BMD systems.

Dr Saraswat is the recipient of DRDO Scientist of the Year Award - 1987, National Aeronautical Prize - 1993, DRDO Technology Transfer Award - 1996 and Performance Excellence Award - 1999. For his outstanding contributions to the Nation, he has been conferred with Padma Shri in 1998.He was also conferred with Padma Bhusan by the Govt. of India in 2013. In January 2010 & December 2012 he was awarded with honorary doctorate from Sardar Vallabhbhai National Institute of Technology, Surat & SRM University chennai respectively.