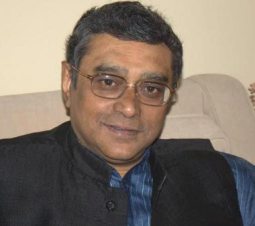 Swapan Dasgupta(born 3 October 1955) is a senior Indian journalist. At various points in his career, he has held senior editorial posts at The Statesman, The Daily Telegraph, The Times of India, The Indian Express and most recently India Today, where he was Managing Editor till 2003. He has been published in The Pioneer, The Telegraph, Dainik Jagran, The Times of India, The New Indian Express, Outlook, The Free Press Journal and several other newspapers and magazines.

Over the last decade, he has acquired the fame of being one of the most frequently appearing faces on Indian television. He is seen in all major political debates featured in the English electronic media, and is well known for appearing on NDTV's weekly segment, Politically Incorrect, with Mani Shankar Aiyar.The Government of India honored  him with the  Padma Bhushan award in 2015 for his contribution in Literature and Education work.