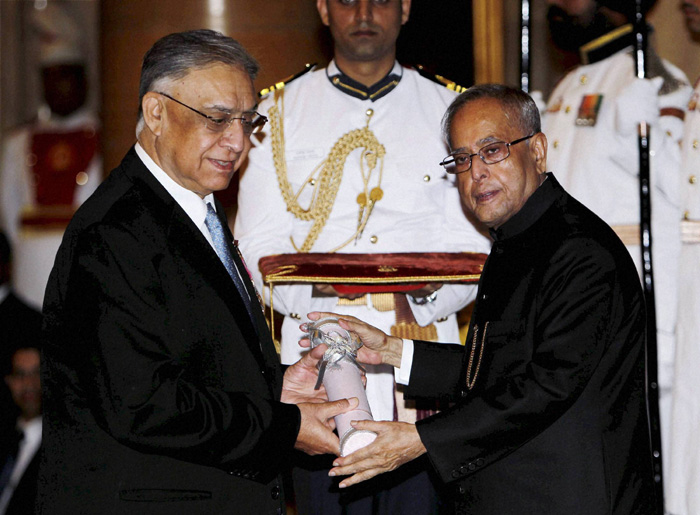 Vijayendra Nath Kaul, a distinguished civil servant, was the tenth Comptroller and Auditor General of India (CAG) from 2002 to 2008. He was awarded the Padma Bhushan in 2014. He was born on January 7, 1943 in Jammu. He completed Senior Cambridge in 1959 from St. Joseph's Academy, Dehradun. He got his B.A. (Hons) and Master's degrees from St. Stephens College, University of Delhi in 1964 and he joined the Indian Administrative Service in 1965. Kaul has worked at senior levels in the government and in the United Nations. He served in the Indian Administrative Service up to 2002 and retired as Secretary, Ministry of Petroleum and Natural Gas on being appointed the Comptroller and Auditor General of India. Prior to serving as Petroleum Secretary he was Secretary in the Ministry of Chemicals and Fertilizers and the Ministry of Coal. Earlier, he was Secretary, Commerce and Industry and Principal Secretary, Finance and Home Departments of the Government of Madhya Pradesh. He has been Chairman of public sector and joint sector companies in Madhya Pradesh and in the Government of India including Chairman, Petronet LNG. He has also served as a Director of many private companies and he has been on the Governing Boards of International Bodies including the International Organization of Supreme Audit Institutions, Vienna (INTOSAI) and the Asian Organization of Supreme Audit Institutions (ASOSAI).