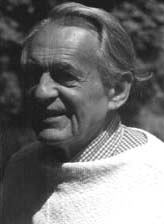 Lloyd I. Rudolph is an American author, political thinker, educationist and the Professor Emeritus of Political Science at the University of Chicago, known for his scholarship and writings on the India social and political milieu. The Government of India, in 2014, honored Lloyd Rudolph and his wife, Susanne Hoeber Rudolph, for their services to literature and education, by bestowing on them the third highest civilian award, the Padma Bhushan. He was born on November 1, 1927 in Chicago, Illinois, United States to Norman Charles Rudolph and Bertha Margolin. He graduated with a BA in 1948 from Harvard University and continued at Harvard's Kennedy School of Government to secure his MPA in 1950. Six years later, in 1956, he obtained his PhD from Harvard University. His teaching career began in 1951, as Teaching Fellow, Department of Government, Harvard University. Till 1954, Rudolph continued as both resident and non-resident tutor there and followed it with a stint in the military, from 1954 to 1956, as the First Lieutenant, U.S.A., Adjutant General's Corps. In 1956, he returned to teaching at Harvard as the Instructor in 1957 at the Department of Government, Harvard University and was promoted, 1960, as the Allston Burr senior tutor at the Dunster House of the University. In 1964, he became the Associate Professor of Political Science and the Social Sciences, Department of Political Science and the College, promoted as Professor in 1972 and retired from there in 2002. On his retirement, he was made the Professor Emeritus of Political Science.