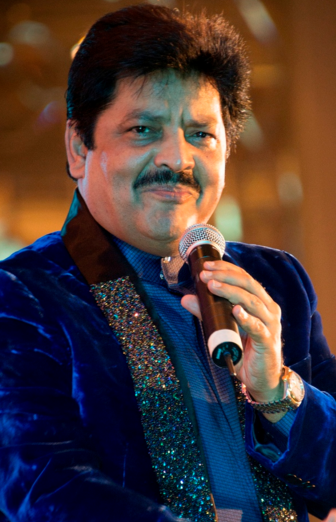 Udit Narayan Jha is an Nepalese playback singer whose songs have been featured mainly in Bollywood. He has also sung many songs in other languages including Nepali, Bhojpuri, Kannada, Marathi, Tamil, Telugu, Malayalam, Garhwali, Sindhi, Punjabi, Odia, Assamese,Manipuri,Maithili and Bengali. He has won three National Film Awards and five Filmfare Awards. In 2001, Narayan was awarded the Prabal Gorkha Dakshin Bahu by the late King of Nepal Birendra Bir Bikram Shah Dev. In 2009, Udit Narayan was awarded the Padma Shri and in 2016 he was awarded with the Padma Bhushan by the Government of India. He was born on 1 December 1955 in Saptari, Nepal. Narayan studied at P.B. School, Rajbiraj, Nepal where he passed his S.L.C. and later obtained his intermediate from Ratna Rajya Laxmi Campus, mostly known as RR campus Kathmandu.

He got his first break in 1980, when noted music director (composer) Rajesh Roshan asked him to do a song for the Hindi movie Unees Bees, in which he got opportunity to sing with his inspiration, Mohammed Rafi. But the actual success story of his career began in 1988 with the superhit Bollywood movie Qayamat Se Qayamat Tak, fetching him a Filmfare Award, the Bollywood equivalent of the Oscar. The film also happened to bring actor Aamir Khan, actress Juhi Chawla and singer Alka Yagnik to stardom. After the success of Qayamat Se Qayamat Tak, he became one of the leading playback singers in the Indian film industry, lending his voice mostly in Aamir Khan movies like Dil, Jo Jeeta Wohi Shikander, etc. At the same time, he became a well-known celebrity in Nepal and sang in most popular Nepali movies. He even acted in some Nepali movies like Kusume Rumal and Pirati but didn't get that much success.