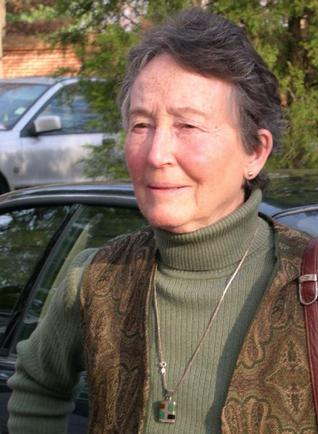 Susanne Hoeber Rudolph was an American author, political thinker and educationist. She was a William Benton Distinguished Service Professor Emerita at the University of Chicago and was actively interested in Politics, Political Economy and Political Sociology of South Asia, State Formation, Max Weber and the Politics of Category and Culture. The Government of India, in 2014, honored her, along with her husband, Lloyd I. Rudolph, for their services to literature and education, by bestowing on them the third highest civilian award, the Padma Bhushan. She was born on April 3, 1930, Mannheim, Germany. She completed her Ph.D. in 1955 at Harvard and taught there before moving to the University of Chicago in 1964.  In 1976, she was elected the first woman Chair of the Department of Political Science, one of her path-breaking accomplishments in an era of limited opportunities for women in academia.

Her major books include The Modernity of Tradition, Transnational Religion and Fading States; Education and Politics in India; In Pursuit of Lakshmi: the Political Economy of the Indian State; and Essays on Rajputana. The Rudolphs spent much of their adult life doing field research in India, and their scholarly work changed the field. Their first book, The Modernity of Tradition, introduced political scientists to the idea that the politics of countries outside Europe could differ from the European model and still be “modern.” It argued that many so-called “traditional” institutions such as caste can perform what Westerners think of as “modern” functions. Recognized as a classic in the field, The Modernity of Tradition has remained in print throughout the half-century since its publication. Susanne Rudolph died December 24, 2015 in Oakland, California, United States.