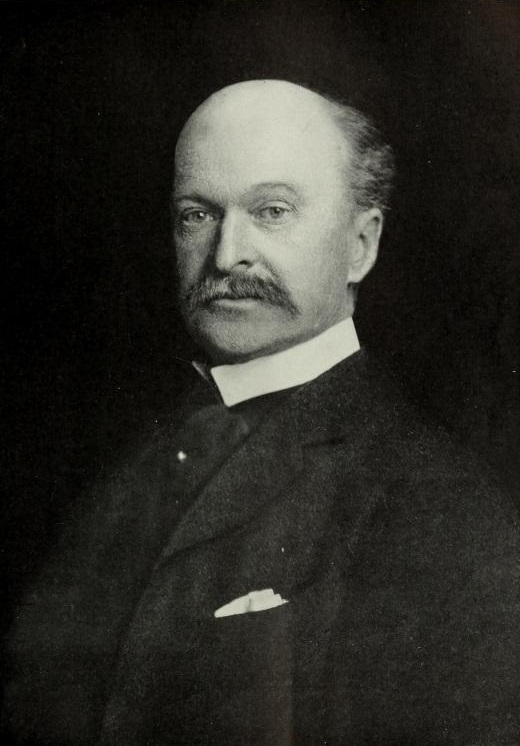 Charles Follen McKim was an American Beaux-Arts architect of the late 19th century. He was born on August 24, 1847, Chester County, Pennsylvania, United States. Along with William Rutherford Mead and Stanford White, he provided the architectural expertise as a member of the partnership McKim, Mead & White. McKim was educated at Harvard University and at the École des Beaux-Arts in Paris. He was trained as a draftsman by the architect Henry Hobson Richardson while the latter was completing Trinity Church in Boston. In 1879 McKim joined William Rutherford Mead and Stanford White to found McKim, Mead & White, which became the most successful and influential American architectural firm of its time. Until 1887 the firm excelled at informal summer houses built of shingles, and McKim designed one of the most significant of these, the residence at Bristol, Rhode Island, of W.G. Low (1887). Other examples of the firm’s work cluster at Newport, Rhode Island, on the New Jersey shore, and on Long Island, New York. McKim received numerous awards during his lifetime, including the Medaille d'Or at the 1900 Paris Exposition and a gold medal from Edward VII of the United Kingdom. The royal gold medal from Edward VII was awarded for the restoration of the White House. He was elected a Fellow of the American Institute of Architects in 1877, and received the AIA Gold Medal, posthumously, in 1909.