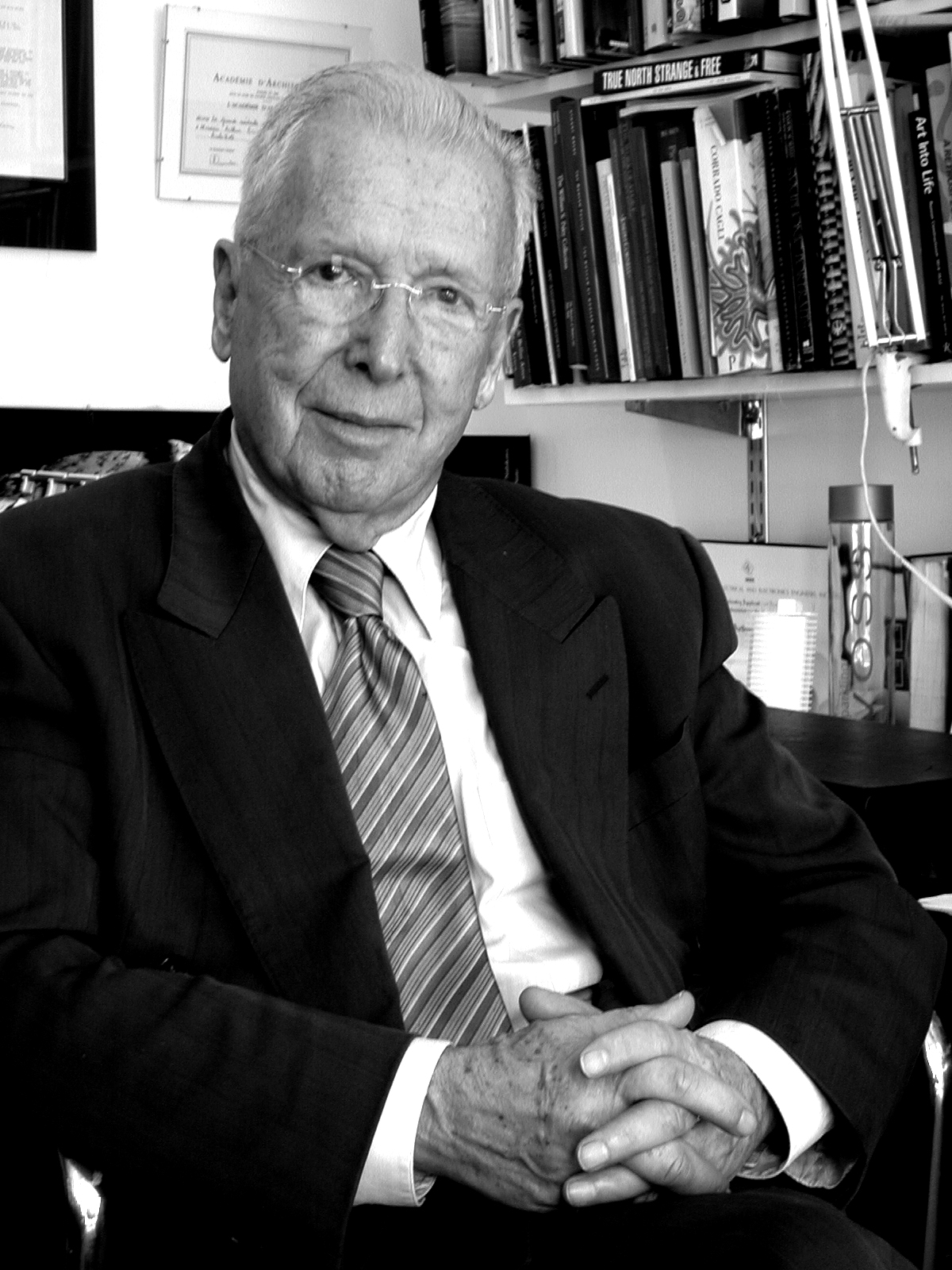 Arthur Charles Erickson was a Canadian architect and urban planner. He was born on June 14, 1924 in Vancouver, Canada. He studied Asian languages at the University of British Columbia, and later earned a degree in architecture from McGill University. He first earned wide recognition with his plan for Simon Fraser University (1963–65), designed with Geoffrey Massey, which included an enormous skylit indoor plaza serving as a sensitive response to a cool, rainy climate. Robson Square, Vancouver (1978–79), a large civic centre, incorporated waterfalls, a roof garden, plazas, and stairs with integrated ramps. His other works include the University of British Columbia’s Museum of Anthropology (1976), with its succession of concrete piers and broad expanses of glass; the Canadian Embassy in Washington, D.C. (1989), a blend of contemporary and Neoclassical elements echoing its surroundings; and the Museum of Glass (2002) in Tacoma, Washington, featuring a 90-foot (27-metre) cone of stainless steel. In 1986, he received the AIA Gold Medal.