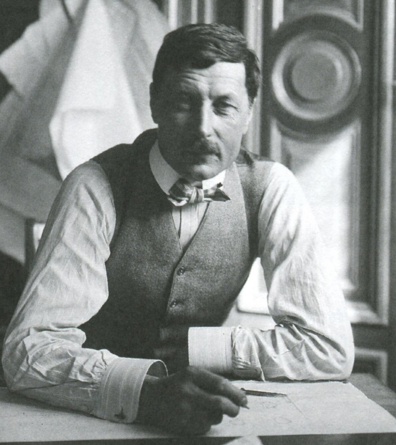 Ragnar Ostberg was a Swedish architect who is best known for designing Stockholm City Hall. Ragnar Ostberg was born in Vaxholm, Sweden in 1866. He studied at the Royal Institute of Technology and at the Royal Academy of Arts, both in Stockholm. Ostberg has become the most famous architect within the so-called "national romanticist" movement in Sweden. His body of work from the period range from public buildings, such as Stockholm City Hall, to mansions for influential families at the turn of the century, such as Scharinska villan or Nedre Manilla, built for the Bonnier family. In 1933, he received the AIA Gold Medal. He died on February 5, 1945 in Stockholm, Sweden.