A formicarium or ant farm is a vivarium which is designed primarily for the study of ant colonies and how ants behave. Those who study ant behavior are known as myrmecologists.

The formicarium was invented by Charles Janet, a French entomologist and polymath, who had the idea of reducing the three dimensions of an ant nest to the virtual two dimensions between two panes of glass.His design was exhibited in the Exposition Universelle (1900) in Paris. Janet's invention was recognized by his promotion to Chevalier (Knight) of the Legion of Honour, but he did not obtain a patent for, nor attempt to market, his creation. The first commercially sold formicarium was introduced around 1929 by Frank Eugene Austin (1873-1964), an inventor and professor at the Thayer School of Engineering at Dartmouth College.Austin received a patent for his formicarium on June 16, 1931,as well as further patents for its continued development.Austin included whimsical painted or wooden scenes of palaces, farms and other settings above the ground level. In 1956, Milton Levine, founder of Uncle Milton Industries, created his own version of a formicarium, reportedly independently from Frank Austin. Levine got the idea when attending a Fourth of July picnic.

Levine coined the term "ant farm" for his product and registered the name as a trademark.Austin may not have used this term; in his patents, the formicarium is referred to as an "educational apparatus" and "scenic insect cage", and in the 1936 magazine article about Austin's device, the structure is called an "ant palace". 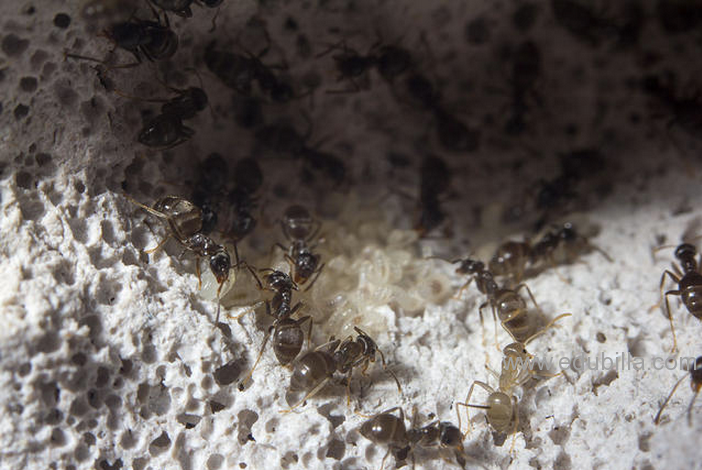