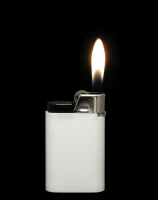 A lighter is a portable device used to generate a flame. It consists of a metal or plastic container filled with a flammable fluid or pressurized liquid gas, a means of ignition, and some provision for extinguishing the flame.

The first lighters were converted flintlock pistols that used gunpowder. One of the first lighters was invented by the German chemist named Johann Wolfgang Döbereiner in 1823 and was often called Döbereiner's lamp.This lighter worked by passing flammable hydrogen gas, produced within the lighter by a chemical reaction, over a platinum metal catalyst which in turn caused it to ignite and give off a great amount of heat and light. The device was very large and highly dangerous and fell out of production by the end of the 19th century.

The patenting of ferrocerium (often misidentified as flint) by Carl Auer von Welsbach in 1903 has made modern lighters possible. When scratched, it produces a large spark which is responsible for lighting the fuel of many lighters, and is suitably inexpensive for use in disposable items.

Using Carl Auer von Welsbach's flint, companies like Ronson were able to develop practical and easy to use lighters. In 1910, Ronson released the first Pist-O-Liter, and in 1913, the company developed its first lighter, called the "Wonderlite", which was a permanent match style of lighter.

The Zippo lighter and company were invented and founded by George G. Blaisdell in 1932. The Zippo was noted for its reliability, "Life Time Warranty" and marketing as "Wind-Proof".Most early Zippos used naphtha as a fuel source.

In the 1950s, there was a switch in fuel choice from naphtha to butane, as butane allows for a controllable flame and has less odour.This also led to the use of piezoelectric spark, which replaced the need for a flint wheel in some lighters and was used in many Ronson lighters.

In modern times most of the world's lighters are produced in the United States, China, and Thailand. 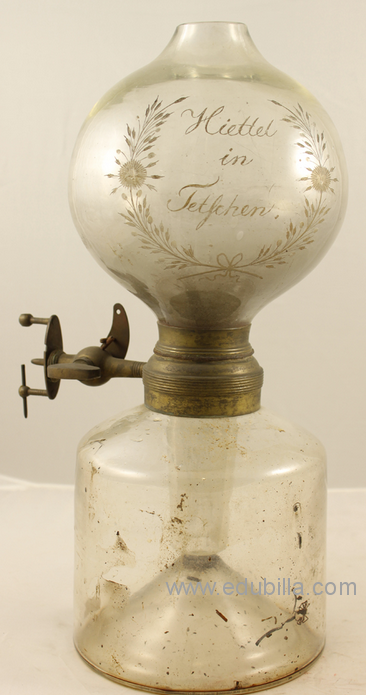 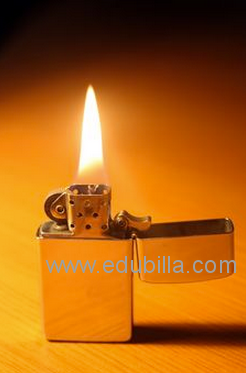