Velcro is a fabric hook and loop fastener,invented in 1948 by the Swiss electrical engineer George de Mestral. De Mestral patented Velcro in 1955, subsequently refining and developing its practical manufacture until its commercial introduction in the late 1950s. The name "Velcro" is also that of the company that first made and commercially marketed this type of fastener, and continues to do so.

One lovely summer day in 1948, a Swiss amateur-mountaineer and inventor decided to take his dog for a nature hike. The man and his faithful companion both returned home covered with burrs, the plant seed-sacs that cling to animal fur in order to travel to fertile new planting grounds. The man neglected his matted dog, and with a burning curiosity ran to his microscope and inspected one of the many burrs stuck to his pants. He saw all the small hooks that enabled the seed-bearing burr to cling so viciously to the tiny loops in the fabric of his pants. George de Mestral raised his head from the microscope and smiled thinking, "I will design a unique, two-sided fastener, one side with stiff hooks like the burrs and the other side with soft loops like the fabric of my pants. I will call my invention 'velcro' a combination of the word velour and crochet. It will rival the zipper in its ability to fasten."

Mestral's idea met with resistance and even laughter, but the inventor 'stuck' by his invention. Together with a weaver from a textile plant in France, Mestal perfected his hook and loop fastener. By trial and error, he realized that nylon when sewn under infrared light, formed tough hooks for the burr side of the fastener. This finished the design, patented in 1955. The inventor formed Velcro Industries to manufacture his invention. Mestral was selling over sixty million yards of Velcro per year. Today it is a multi-million dollar industry. 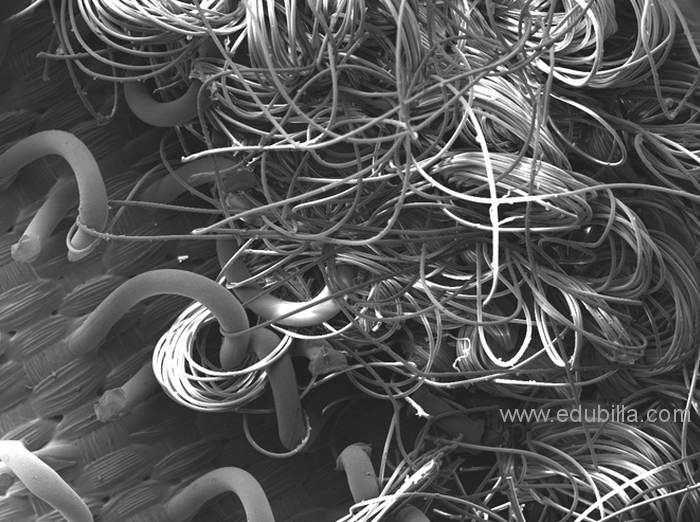