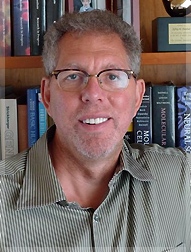 Jeffrey Friedman (born July 20, 1954) is a molecular geneticist at New York City's Rockefeller University and an Investigator of the Howard Hughes Medical Institute. His discovery of the hormone leptin and its role in regulating body weight has had a major role in the area of human obesity.Friedman is a physician scientist studying the genetic mechanisms that regulate body weight. His research on various aspects of obesity received national attention in late 1994, when it was announced that he and his colleagues had isolated the mouse ob gene and its human homologue. They subsequently found that injections of the encoded protein, leptin, decreases body weight of mice by reducing food intake and increasing energy expenditure. Current research is aimed at understanding the genetic basis of obesity in human and the mechanisms by which leptin transmits its weight-reducing signal.He received UCL Prize Lecture in Clinical Science in 2012.