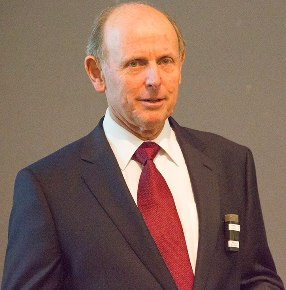 Anthony Walter Segal (born 24 February 1944) is a British biochemist.He has been Charles Dent Professor of Medicine, University College London, since 1986. He was educated at the University of Cape Town (MB ChB, MD) and University of London (MSc, DSc, PhD). He was a founding Fellow of the Academy of Medical Sciences and elected a Fellow of the Royal Society in 1998.His recent work is concerned with Crohn's Disease and the role played by neutrophils and granulocyte-colony stimulating factor.He received UCL Prize Lecture in Clinical Science in 2014.