Josh Singer The Oscars Awarded In 2016

Josh Singer is an American film and television writer and producer, whose work includes writing and producing episodes of The West Wing, Law and Order: Special Victims Unit, Lie to Me, and the FOX science-fiction series Fringe. He was born in 1972 in Philadelphia, Pennsylvania, U.S. Singer graduated magna cum laude from Yale University, with distinction in mathematics and economics. At Yale, he was a member and business manager of both The Whiffenpoofs and The Yale Alley Cats. Three to four months prior to going to graduate school, he worked for Children's Television Workshop (Sesame Workshop) and then began doing internships. He did an internship for Nickelodeon in New York and an internship for Disney Channel out in L.A., working for Roy Price at Disney TV Animation for four or five weeks. As a result, he developed an interest in script writing. He worked as a business analyst for McKinsey & Company before obtaining a J.D. from Harvard Law School and an MBA from Harvard Business School. In 2012, Singer wrote the screenplay for The Fifth Estate. In 2015, he co-wrote the screenplay for Spotlight, for which he received an Academy Award for Best Original Screenplay. 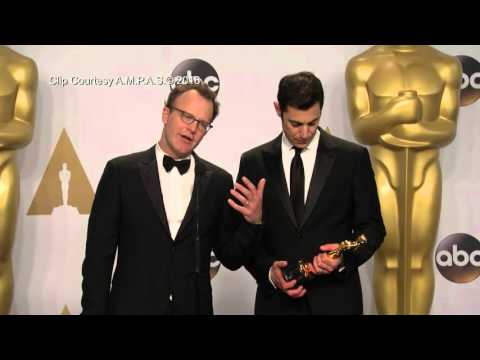