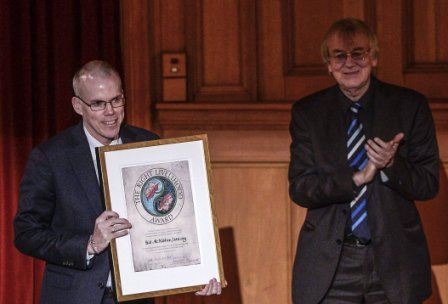 Bill McKibben (born 1960) is an American environmentalist, author, and journalist who has written extensively on the impact of global warming. He is the Schumann Distinguished Scholar at Middlebury College and leader of the anti-carbon campaign group 350.org. He has authored a dozen books about the environment, including his first (The End of Nature) in 1989 about climate change.In 2009, he led 350.org's organization of 5,200 simultaneous demonstrations in 181 countries. In 2010, McKibben and 350.org conceived the 10/10/10 Global Work Party, which convened more than 7,000 events in 188 countries as he had told a large gathering at Warren Wilson College shortly before the event.

In December 2010, 350.org coordinated a planet-scale art project, with many of the 20 works visible from satellites. In 2011 and 2012 he led the environmental campaign against the proposed Keystone XL pipeline project and spent three days in jail in Washington, D.C. It was one of the largest civil disobedience actions in America for decades.Two weeks later he was inducted into the literature section of the American Academy of Arts and Sciences.In 2014, he and 350.org were awarded the Right Livelihood Award for mobilising growing popular support in the USA and around the world for strong action to counter the threat of global climate change". 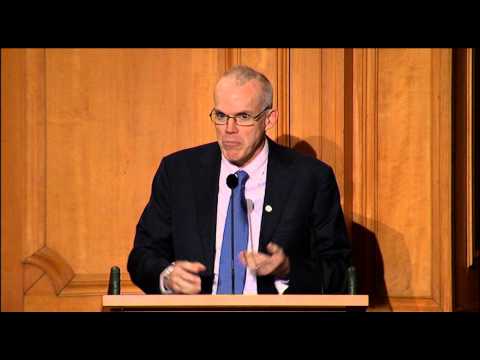