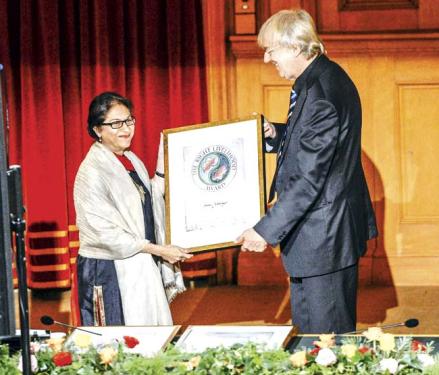 Asma Jilani Jahangir(born 27 January 1952 in Lahore) is a Pakistani lawyer, an award winning human rights and democracy activist. Her work focuses on prevention of persecution of religious minorities, gender equality, and extremism.Jahangir is a founding member of the Human Rights Commission of Pakistan, and has served as Secretary-General and later Chairperson of the organization. On 27 October 2010, Jahangir was elected as President of Supreme Court Bar Association of Pakistan and played a prominent role in the Lawyers' Movement.,the first woman to hold the position. She has co-chaired South Asia Forum for Human Rights and is the vice president of International Federation for Human Rights.

She served as the United Nations Special Rapporteur on Freedom of Religion or Belief from August 2004 to July 2010, she currently serves on the U.N panel for inquiry into Sri Lankan human rights violations by the Sri Lankan authorities.Jahangir is an recipient of several awards including the 2014 Right Livelihood Award, 2010 Freedom Award, Hilal-i-Imtiaz, Sitara-i-Imtiaz, Ramon Magsaysay Award, 1995 Martin Ennals Award for Human Rights Defenders, the UNESCO/Bilbao Prize for the Promotion of a Culture of Human Rights and was awarded an Officier de la Légion d'honneur by France. 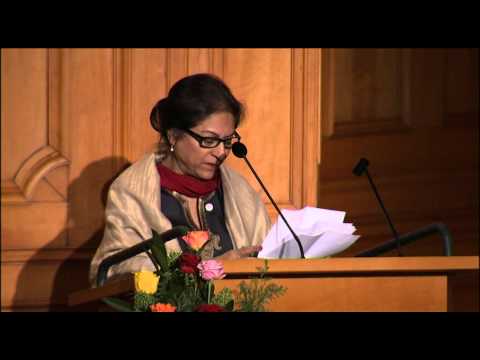