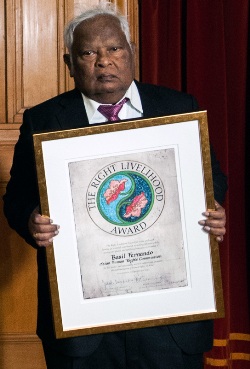 W.J. Basil Fernando is a Sri Lankan jurist, author, poet, human rights activist, editor of Article 2 and Ethics in Action,and a prolific writer. He was educated at St. Anthony's College, Wattala and St. Benedict's College, Kotahena. He earned a LLB from the University of Ceylon in 1972 and registered as an Attorney-At-Law of the Supreme Court of Sri Lanka in 1980 and practised law in Sri Lanka up to the end of 1989. He became a legal adviser to Vietnamese refugees in a UNHCR-sponsored project in Hong Kong.

He joined the United Nations Transitional Authority (UNTAC) in 1992 as a senior human rights officer and later also served as the Chief of Legal Assistance to Cambodia of the UN Centre of Human Rights (now the UN High Commissioner of Human Rights office). He is associated with Asian Human Rights Commission and Asian Legal Resource centre, based in Hong Kong since 1994.In 2014, he won the Right Livelihood Award for his tireless and outstanding work to support and document the implementation of human rights in Asia. 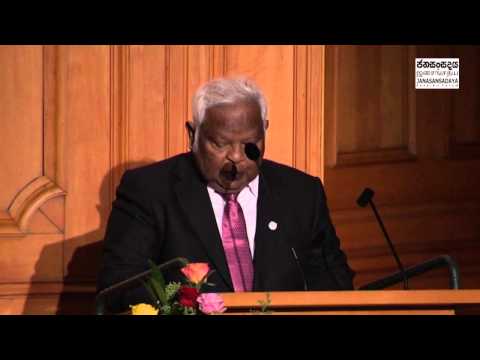