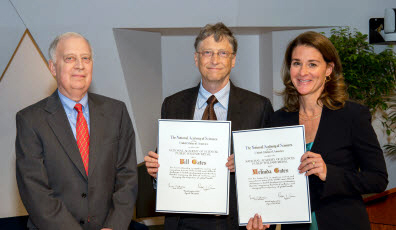 Melinda French Gates, (August 15, 1964)is an American businessperson and philanthropist.She is the wife of Bill Gates, and the co-founder of the Bill & Melinda Gates Foundation. She worked at Microsoft, where she was project manager for Microsoft Bob, Microsoft Encarta and Expedia.She received Public Service Medal in 2013 for improving the lives of millions by applying science to some of the world's most difficult global health challenges.