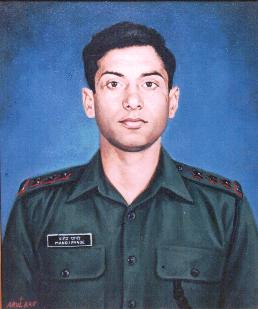 Captain Manoj Kumar Pandey, PVC (25 June 1975, Sitapur, Uttar Pradesh - 2/3 July 1999, Kashmir), was an officer of the Indian Army of the regiment 1/11 Gorkha Rifles, posthumously awarded the India's highest military honour, Param Vir Chakra for his audacious courage and leadership during adverse times. He died during the attack on Jubar Top, Khalubar Hills in Batalik Sector, Kargil.Lieutenant Manoj Kumar Pandey took part in a series of boldly led attacks during ‘operation Vijay ', forcing back the intruders with heavy losses in Battlik including the capture of Jaubar Top. On the night of 2/3 July 1999 during the advance to Khalubar as his platoon approached its final objective, it came under heavy and intense enemy fire from the surrounding heights.

Lieutenant Pandey was tasked to clear the interfering enemy positions to prevent his battalion from getting day lighted, being in a vulnerable position. He quickly moved his platoon to an advantageous position under intense enemy fire, sent one section to clear the enemy positions from the right and himself proceeded to clear the enemy positions from the left. Fearlessly assaulting the first enemy position, he killed two enemy personnel and destroyed the second position by killing two more. He was injured on the shoulder and legs while clearing the third position. Undaunted and without caring for his grievous injuries, he continued to lead the assault on the fourth position urging his men and destroyed the same with a grenade, even as he got a fatal burst on his forehead. This singular daredevil act of Lieutenant Manoj Kumar Pandey provided the critical firm base for the companies, which finally led to capture of Khalubar. The officer, however, succumbed to his injuries.Lieutenant Manoj Kumar Pandey, thus, displayed most conspicuous bravery, indomitable courage, outstanding leadership and devotion to duty and made the supreme sacrifice in the highest traditions of the Indian Army. 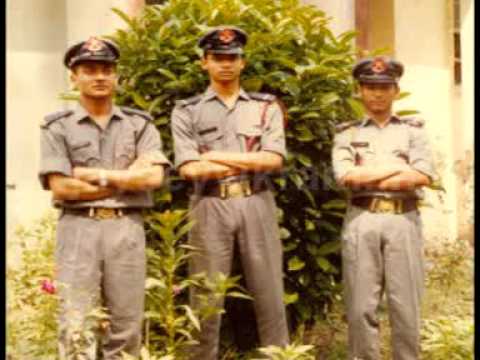