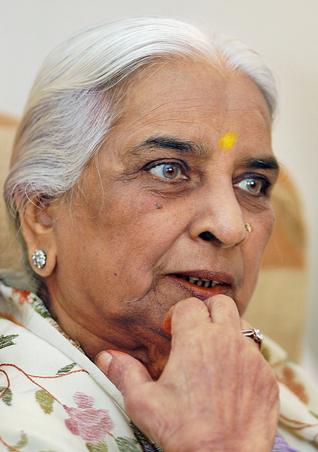 Girija Devi is an Indian classical singer of the Banaras gharana. She is proficient singers of various different genres of Hindustani vocal music like Khyal, Thumri, Dadra, Chaiti and Kajari. But her forte lies in singing the Poorab and Thumri. She is, thus, called the Queen of Thumri. She was born on May 8, 1929 in Varanasi, United Provinces, British Raj. She was at the tender age of five that Girija Devi began taking lessons in music from teachers like Pandit Sarju Prasad Mishra and Shrichand Mishra. Girija Devi's very first music recital took place in the year 1949 from the Allahabad branch of the All India Radio. After this, there was another onstage performance at Arrah in the state of Bihar. And both singing performances of Girija Devi were hugely praised. Throughout her glorious singing career, Girija Devi has performed live at numerous regions in India as well as in other parts of the world like at the United States of America, the former USSR and various other European countries. Girija Devi is also an accomplished composer, who has composed a lot of bandishes and thumris. Devi was awarded the Padma Shri in 1972, the Padma Bhushan in 1989 and the Padma Vibhushan in 2016, received the Sangeet Natak Akademi Award in 1977 and the Sangeet Natak Akademi Fellowship in 2010.