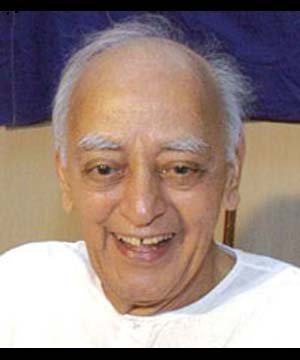 Lakshmi Chand Jain was a Gandhian activist and writer. He was born on 13 December 1925 in Bahadurpur, Rajasthan, India. In his youth, he participated briefly in the Indian freedom movement. Later, he served at various times as a member of the Planning Commission, as Indian High commissioner to South Africa, as a member of the World Commission on Dams (WCD) and as secretary of the Indian Cooperative Union and the All-India Handicrafts Board. He was awarded the 1989 Ramon Magsaysay Award for Public Service. In 2011, he was chosen posthumously for the second highest civilian award Padma Vibhushan by Government of India, but the family declined to accept the award since he had been against the concept of state honours. Jain later helped Kamaladevi Chattopadhyay organise the Indian Cooperative Union and applied its principles to the handicrafts industry. As secretary of the All-India Handicrafts Board, he fostered decentralised production and directed training, technical services, and loans to India's struggling self-employed spinners, weavers, carpenters, and metalsmiths. He applied modern marketing techniques to promote handicrafts sales abroad and organised the Central Cottage Industries Emporium to expand the market at home. He championed artisans against mechanisation and mass production, helping millions of independent craftsmen carry on traditional livelihoods in security and pride and assured the survival of precious arts and skills. Jain became an expert on development, applying unique organizational skills to wed theory to practice. In 1966 he led the establishment of a chain of consumer cooperative stores where those living in cities could buy food, clothing, and tools at a fair price. In 1968 he co-founded a service-oriented consulting firm. By seeking the advice of farmers and workers, Jain and his like-minded colleagues helped government, industry, and nongovernmental organisations (NGOs) design modernisation projects that were relevant and effective. He died on 14 November 2010 in New Delhi, India.