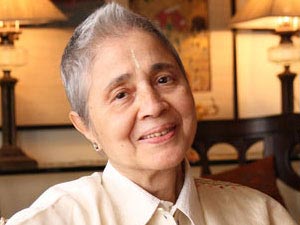 Indu Jain belongs to the Sahu Jain family and is the current chairperson of India's largest media group, Bennett, Coleman & Co. Ltd., which owns the Times of India and other large newspapers. She was born on 8 September 1936 in Faizabad, Uttar Pradesh, India. A humanist, an Indian women entrepreneur, spiritualist, educationalist and patron of art and culture, Indu Jain is also the founder President of the Ladies Wing of FICCI and Bhartiya Jnanpith Trust which hosts India's most prestigious and highest literary award. She was ranked 317 richest person in the World and India's top 20 richest person. This 75 year old Indian women entrepreneur handles the philanthropic genre of the Times Foundation. Indu writes spiritual columns in her papers and is an active supporter of women's rights and fighter for various social problems existing in the country. She encourages budding entrepreneurs and gives them a chance to shine with their abilities and make way for themselves in the world. Ms Jain was awarded the Padma Bhushan by the Government Of India in January 2016 .She is also the guiding force behind The Oneness Forum, formally launched by the President of India in 2003. The Forum recently awarded the Mahatma-Mahavira Awards to outstanding individuals from all of walks of life and is involved in several activities that seek to bring, and highlight, a sense of Oneness in the world.