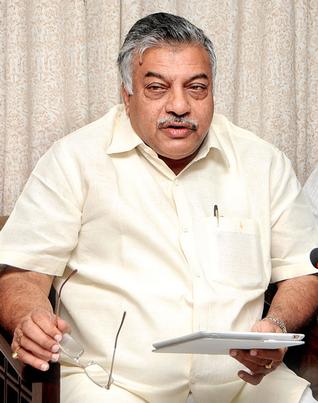 Professor Yarlagadda Lakshmi Prasad M.A., Ph.D. in Hindi and Telugu, is an Indian writer and politician. He is the Chairman of the A.P. Hindi Academy; Professor in Hindi at Andhra University, Visakhapatnam, India, and is a former Rajya Sabha Member. He has been honored for his writing with the Sahitya Akademi Award and the Padma Shri award. He was born on November 24, 1953 in Gudivada. Prasad was a member of the Rajya Sabha between 1996 and 2002 and was the chairman of Andhra Pradesh Hindi Academy for six years. He also served as the chairman of the High Power Committee on Official Language and University Grants Commission, New Delhi. He was honoured with Padma Bhushan in 2016 for his contributions to the domain of literature.