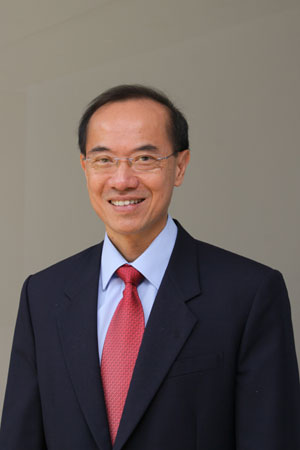 George Yeo Yong-Boon is a former Singaporean politician. He is present Chancellor of Nalanda University and member of Nalanda University Governing Board. He was born on September 13, 1954 in Singapore. Mr. Yeo studied Engineering at Cambridge University from 1973-76 on a Presidentâ??s Scholarship and served in the Singapore Armed Forces (SAF) as a Signals Officer. After graduating from the Singapore Command and Staff College in 1979, Mr. Yeo was posted to the Republic of Singapore Air Force. He attended Harvard Business School in 1983 and graduated as a Baker Scholar. Upon his return to Singapore in 1985, he went on to appointments as Chief- of-Staff of the Air Force (1985-1986) and Director of Joint Operations and planning in the Ministry of Defence (1986-1988), attaining the rank of Brigadier-General. He resigned from the SAF in August 1988 to enter politics.

Mr. Yeo served as Chairman of the Young PAP from 1991 to 2000. From 1992 to 2011, he also represented the Eurasian community in the Cabinet. In addition, Mr. Yeo was a member of the Harvard Business Schoolâ??s Visiting Committee from 1998 to 2004 and has been the Advisor to the Sun Yat Sen Nanyang Memorial Hall in Singapore since its establishment in November 2001. He is a member of the Governing Board of Nalanda University in India and chairs its International Advisory Panel. He has been a Patron of LASALLE College of the Arts since 1988. In 2012, he was presented with the Order of Sikatuna by the Philippines Government and the Padma Bhushan by the Indian Government.