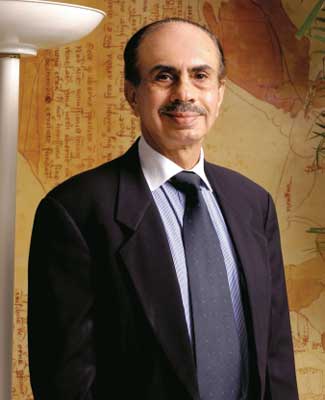 Adi Burjorji Godrej is an Indian industrialist and businessman, head of the Godrej family, and chairman of the Godrej Group. As of 2015, he is the 405th richest person in the world with a net worth of US$4.0 billion. He was born on 3 April 1942 in Mumbai, India. Godrej received his undergraduate degree from HL college and his MBA from the MIT Sloan School of Management, where he was a member of the Pi Lambda Phi fraternity and a member of Tau Beta Pi. Mr. Godrej has been president of several Indian trade and industrial bodies and associations.He is Chairman of the Board of the Indian School of Business and Past President of the Confederation of Indian Industry. He has been a member of the Dean’s Advisory Council of the MIT Sloan School of Management, Chairman of the Board of Governors of the Narsee Monjee Institute of Management Studies and a member of the Wharton Asian Executive Board. Mr. Godrej is also a patron of the Himalayan Club.