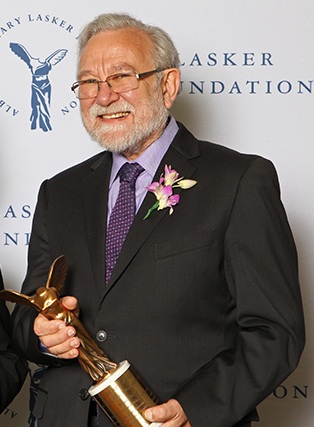 He is a member of the US National Academy of Sciences, and the German Academy of Natural Scientists Leopoldina.He received Lasker Award in 2014 for discoveries concerning the unfolded protein response — an intracellular quality control system that detects harmful misfolded proteins in the endoplasmic reticulum and signals the nucleus to carry out corrective measures.