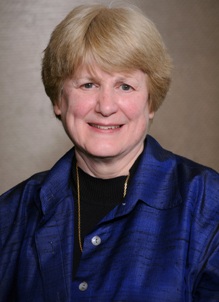 Mary-Claire King (born February 27, 1946) is an American human geneticist. She is a professor at the University of Washington,where she studies the genetics and interaction of genetics and environmental influences on human conditions such as HIV, lupus, inherited deafness, and also breast and ovarian cancer. King is known for three major accomplishments: identifying breast cancer genes; demonstrating that humans and chimpanzees are 99% genetically identical; and applying genomic sequencing to identify victims of human rights abuses.

In Argentina, for example, in 1984 she began working with Abuelas de Plaza de Mayo (Grandmothers of Plaza de Mayo) in identifying children who had been stolen from their families and adopted illegally under the military dictatorship during the Dirty War (1976-1983).She received Lasker Award (Special Achievements)in 2014 for bold, imaginative, and diverse contributions to medical science and human rights — she discovered the BRCA1 gene locus that causes hereditary breast cancer and deployed DNA strategies that reunite missing persons or their remains with their families.