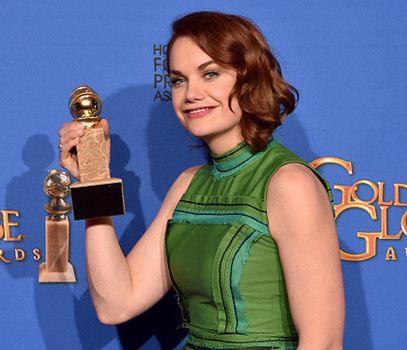 Ruth Wilson (born 13 January 1982) is an English actress. She is best known for her performances in Suburban Shootout (2005), Jane Eyre (2006), and as Alice Morgan in the BBC TV psychological crime drama Luther since 2010. She has also appeared in Anna Karenina (2012), The Lone Ranger, and Saving Mr. Banks (2013). In 2014, she had a voice role in Locke, and a central role in The Affair, a series for the American Showtime network.Wilson is a two-time Olivier Award winner,and was nominated for a BAFTA and Golden Globe for Best Actress in a mini-series for her role in Jane Eyre as well as for a Satellite Award and won a Golden Globe for her role in The Affair in 2015.