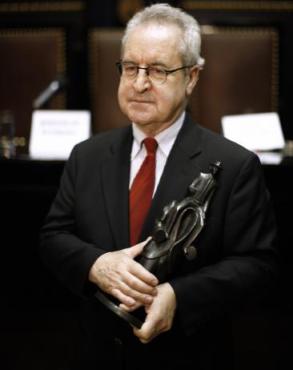 John Banville (born 8 December 1945), who writes as John Banville and sometimes as Benjamin Black, is an Irish novelist, adapter of dramas, and screenwriter.Recognised for his precise, cold, forensic prose style, Nabokovian inventiveness, and for the dark humour of his generally arch narrators, Banville is considered to be "one of the most imaginative literary novelists writing in the English language today."He has been described as "the heir to Proust, via Nabokov."He won the 2011 Franz Kafka Prize.